A few years ago my friend Richard and I hired split snowboards while on holiday in Whistler in Canada. On that occasion we went on a backcountry tour with a local mountain guide for a day. We'd originally anticipated carrying our own snowboards and on the uphill secctions using hired snowshoes but the guide advised us to go with splitboards instead. We were both well impressed by the splitboards which allowed us to climb relatively easily while still performing well in snowboard mode on the descents.
Three years ago Shuzzy was over in the 'States on a snowboarding holiday and arranged to have two DIY splitboard kits delivered to Scotland when he got back. We both had donor snowboards that we were prepared to cut in half to make oursleves splitboards. 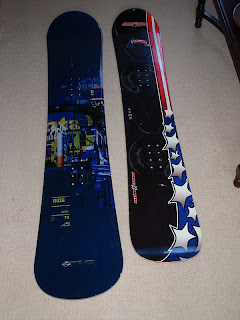 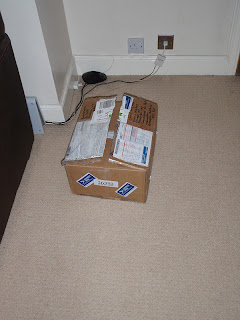 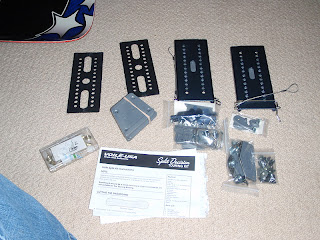 Now we had all the bits we just had to pluck up the courage to cut two perfectly good snowboards in half! 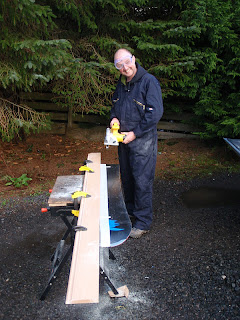 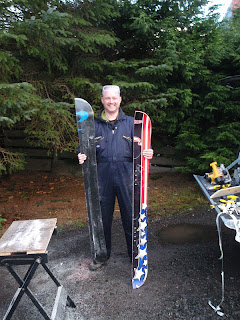 We then had to epoxy coat the cut edges to seal them against water ingress and fit all the various hardware that allows the board to be used as a pair of skis for ascending but as a snowboard on the descents. 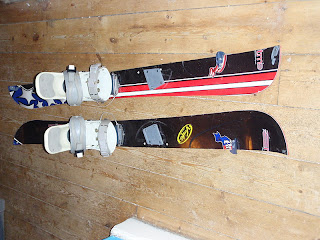 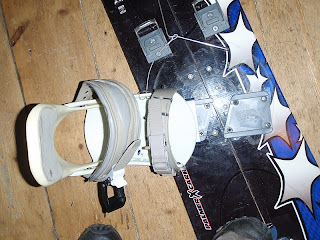 Once we'd got them finished it was time to get out into the wilds and try them out. We've done a few trips on them now but probably the best one was an ascent of Beinn Ghlas (a Munro in the Ben Lawers range near Loch Tay). 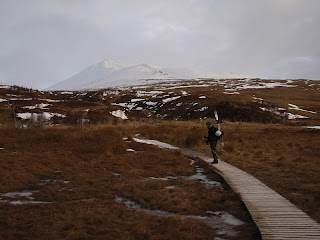 We departed from the visitor centre and took the boardwalk up through the nature reserve. 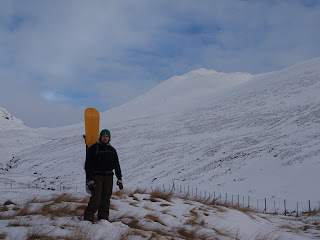 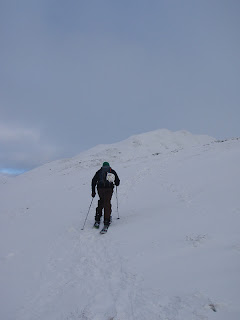 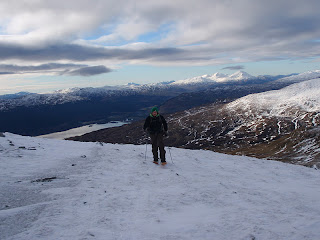 Loch Tay and Ben More and Stob Binnein behind. 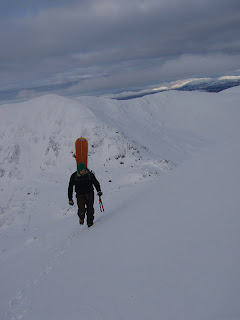 Higher up the ridge became more rocky and icy so we swapped skis for crampons then it became skiable again but we were near the summit so just persevered with the crampons. 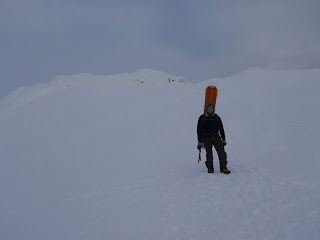 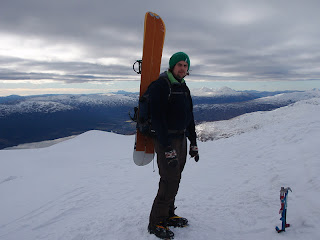 Shuzzy on the summit. We admired the view for a few minutes then switched to checking out our options for the descent. It took a little while to get ready, we donned crash hats and goggles, switched on our avalanche transceivers then Shuzzy set off down the gully we'd chosen while I filmed him. 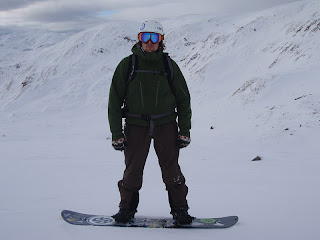 The riding was pretty good by scottish standards although the light was a little flat making it difficult to spot undulations in the snow. Still we made some nice first tracks down the gully system. 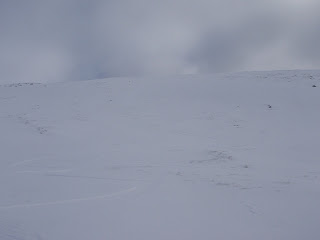 I also made this short movie of our day.