I've been intrigued by the concept of bike packing for a while now. Despite having done a lot of cycling over the years I've never done any touring. The idea of having big panniers and all the associated extra weight has always put me off the idea but having built up a collection of lightweight camping gear over the last year (which I bought primarily for hiking) I began to contemplate using it on the bike as well. Bike packing is ultra light bike touring using a selection of bags that mount directly to the bike keeping weight down and preserving manageable handling. I've also recently built up a new mountain bike based around an On One Fatty frameset. This too is something that has been on my mind for a while after seeing my friend Mark's Fatty last year and hearing how much he's been enjoying riding it. Fat bikes have ultra-wide tyres and were originally conceived for riding on snow and sand, some more recent designs (like the Fatty) have a more trail orientated frame geometry making them decent all rounders (albeit with a weight penalty caused by the wide wheels and huge tyres).
So Fatty was ready to ride and the bike packing luggage that I'd been waiting for had arrived but I didn't feel ready to head out into the middle of nowhere on an untried bike loaded up with kit without a trial run. I've enjoyed reading the exploits of Alistair Humphreys, a full time adventurer who wanted to continue having adventures while stuck at home in between big trips and so came up with the concept of "micro adventures", short overnight trips often done close to home to maximise time away whilst minimising cost and inconvenience, click this link to read more about his exploits http://www.alastairhumphreys.com/microadventures-2/
I decided to adopt his principle to test out bike packing with my fat bike and so set off from home at about nine in the evening on my first trip. Leaving so late meant that I'd already eaten dinner so had no need to worry about carrying lots of food (I did take some breakfast though). The bike felt pretty heavy despite the minimalist approach I'd adopted but as I wobbled tentatively off down the road from home it seemed to handle okay. I felt very eccentric pedalling through the streets of Helensburgh past people taking their dogs out for a last walk of the day and it was nice to get off road and onto some singletrack at the start of the trail that I'd decided to ride. 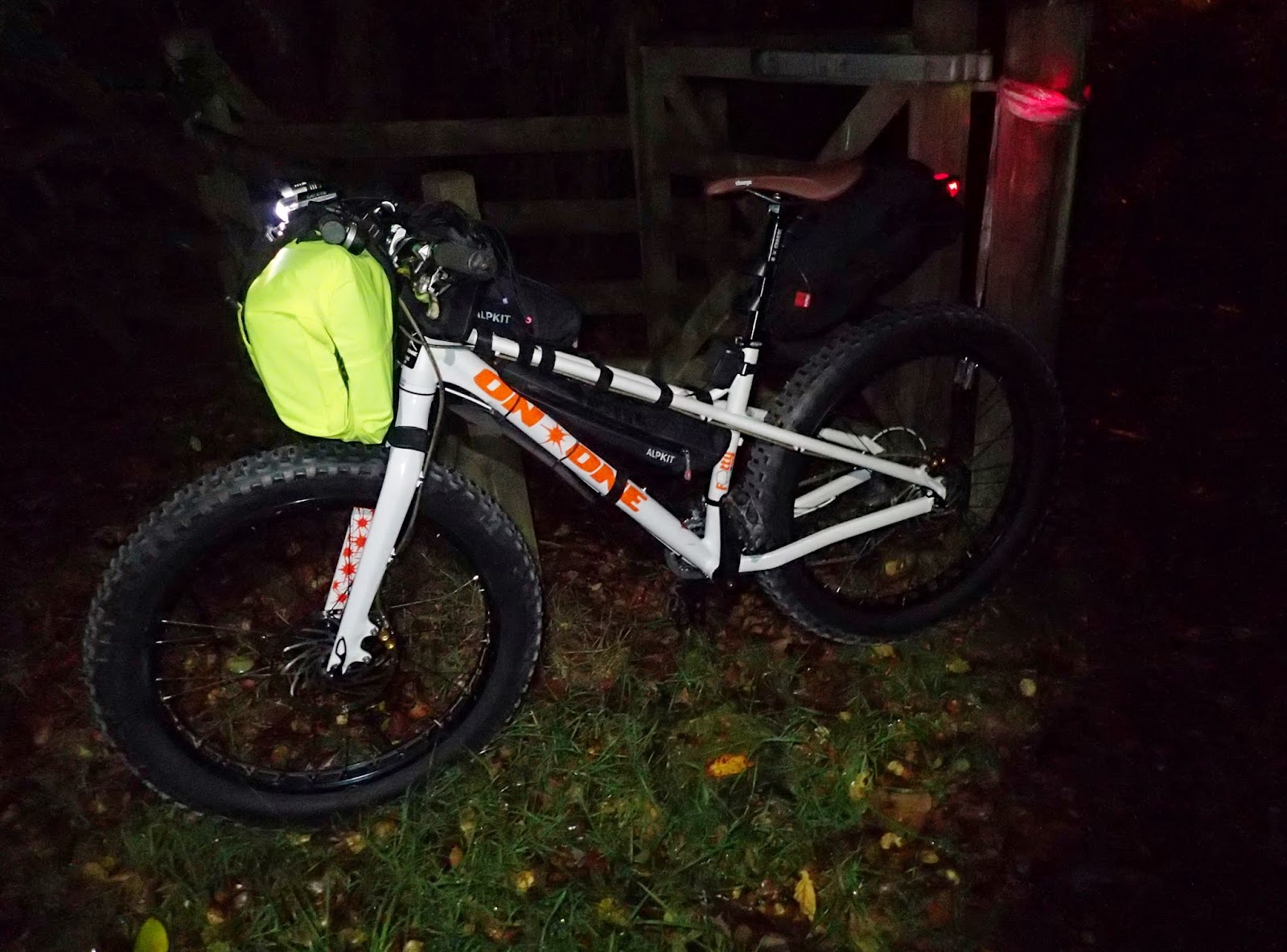 Getting off road was the start of the real fun and adventure and was also the last I'd see of any people for the next twelve hours. Fatty handled the trail with ease and was great fun to ride despite the extra weight. I'd had to hastily bodge a mounting for my lights (which normally clamp onto the handlebars) as the bar bag obscured them so I strapped my pump along the top of the bar bag then clamped them to that. It worked quite well but did mean they bounced around a bit on the bumpy trail. Thankfully I had a head torch mounted on my helmet as well and between the two I could see where I was going very well. 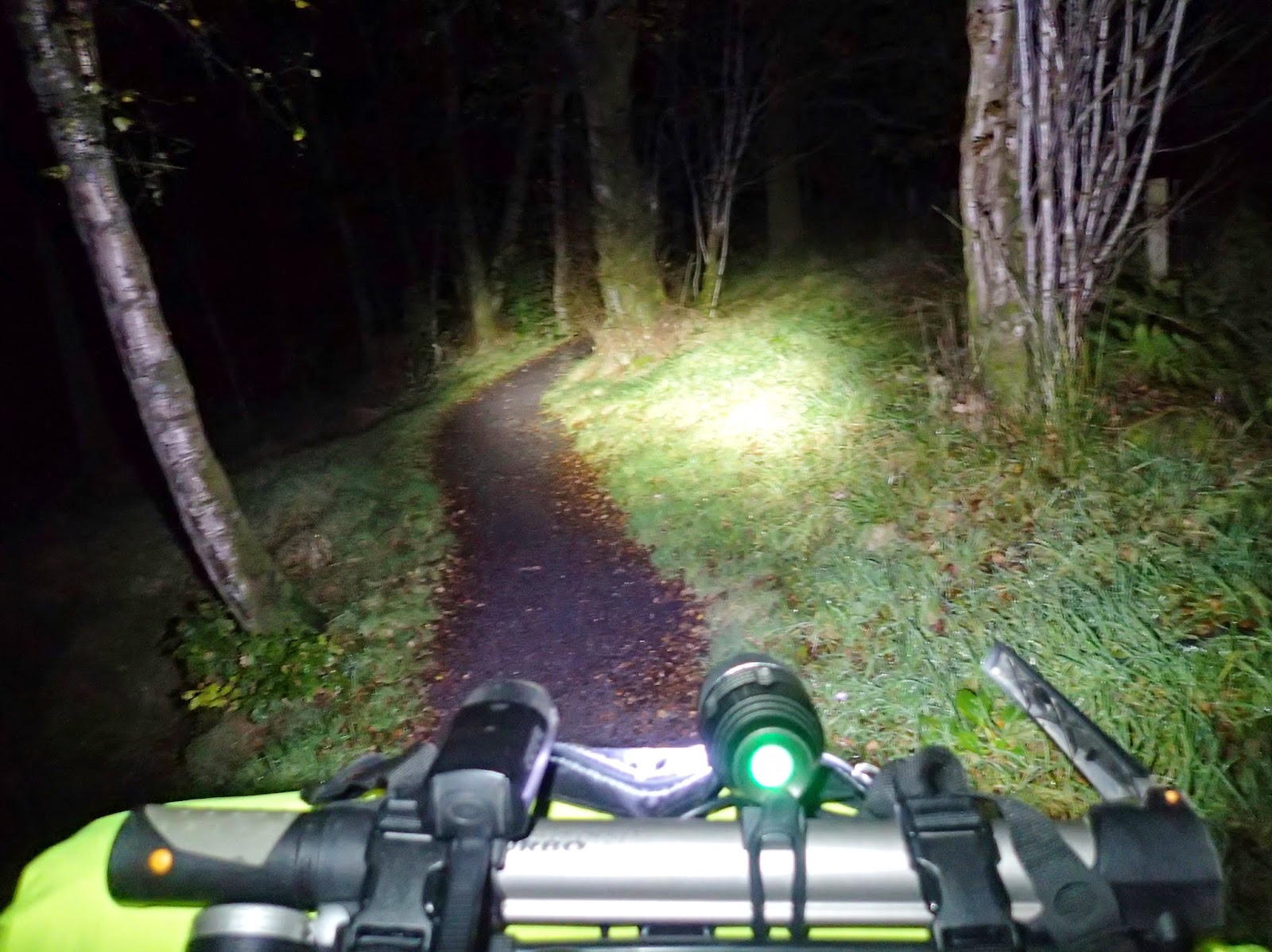 I gradually worked my way up onto a trail that I'd last ridden years ago which links Helensburgh with Glen Fruin. Back then it was really boggy but it's recently been revamped to form part of the Three Lochs Way long distance path. As I gained height I got great views of Helensburgh, the Clyde and Greenock beyond (unfortunately I didn't have a tripod with me so the picture is a bit shaky). 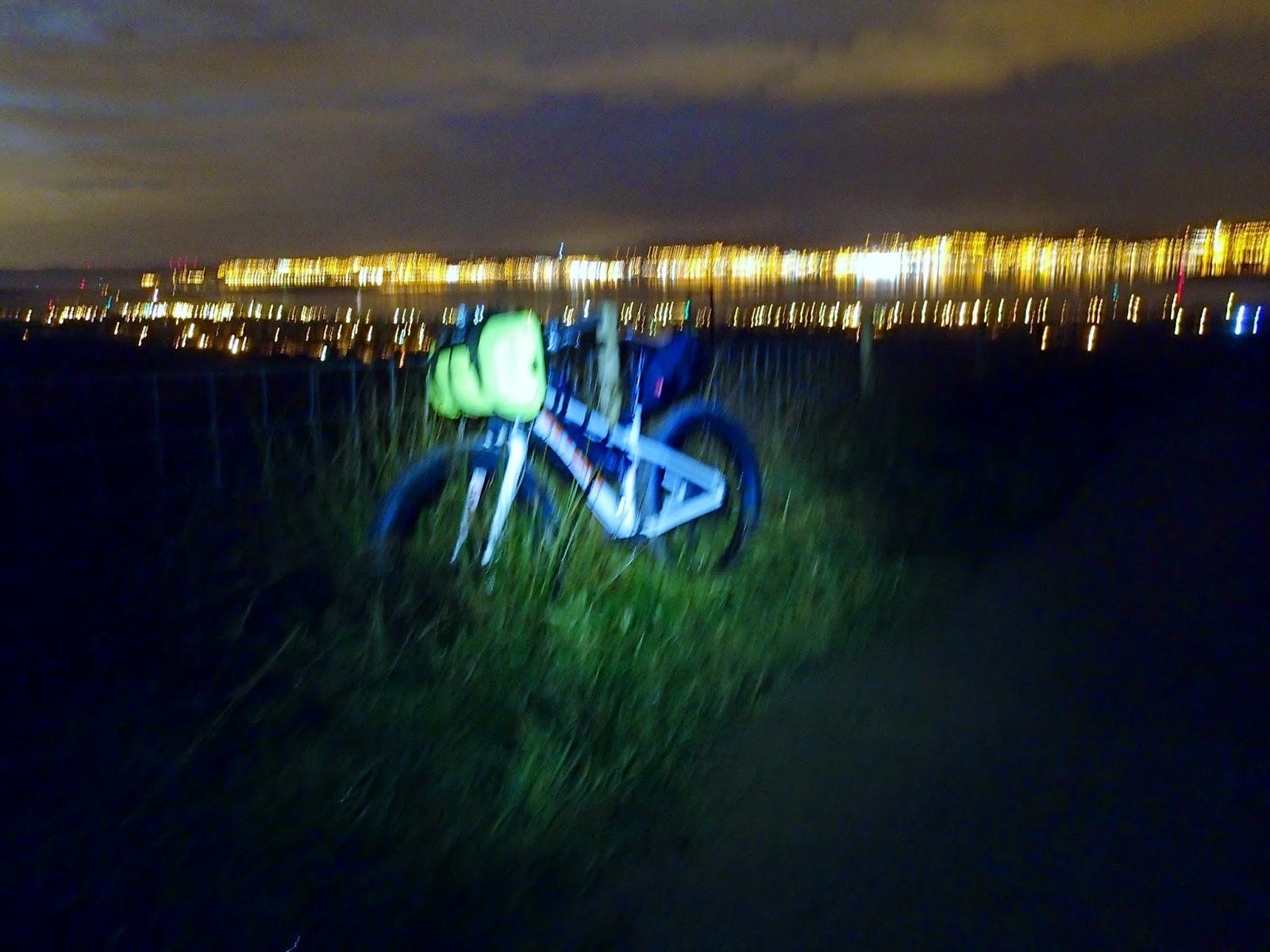 After some hard climbing the trail levelled off a bit and passed through a gate where I stopped for a breather and to revel in the solitude so close to home. 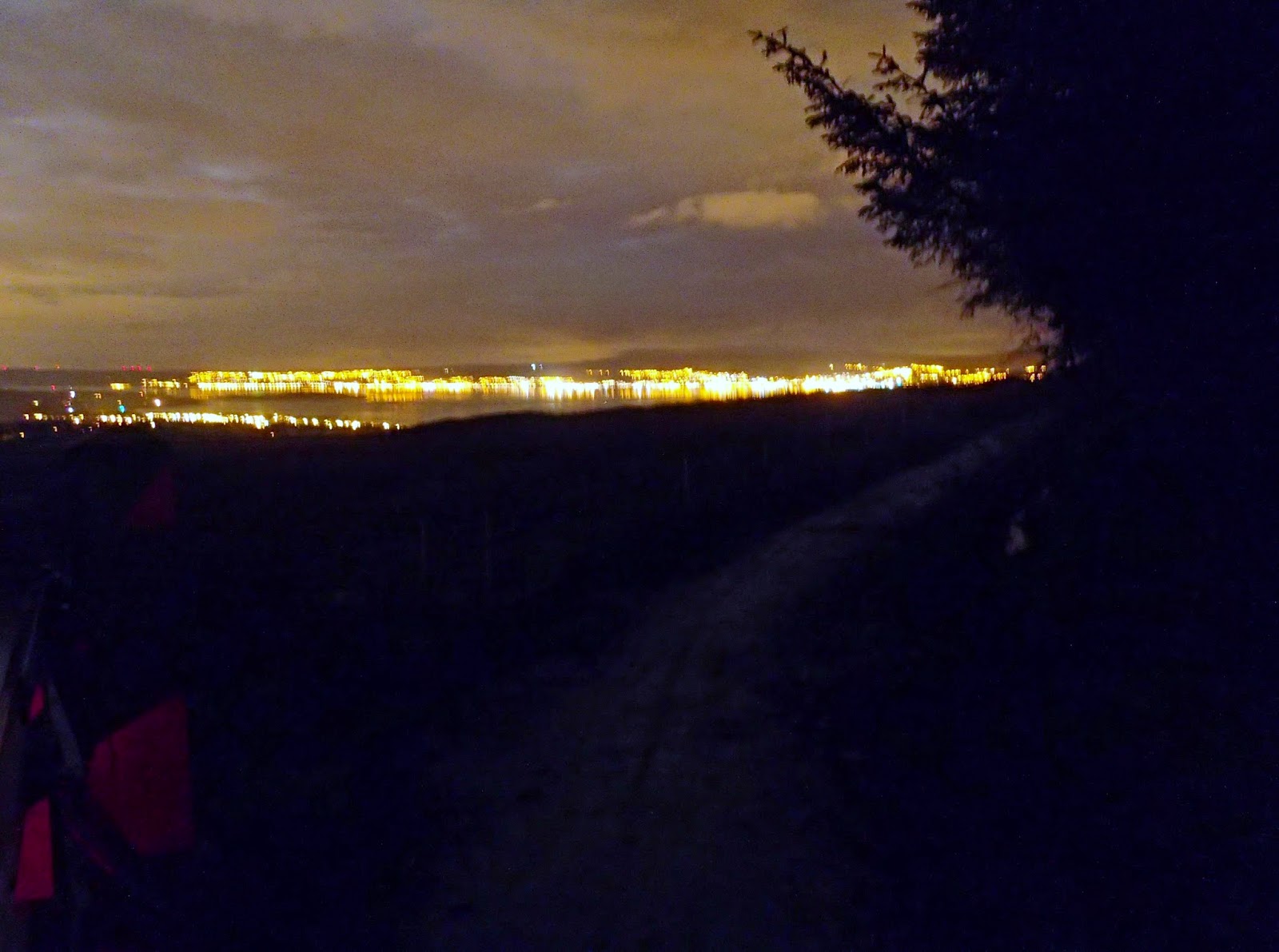 All the climbing meant that I was rewarded with a nice descent into Glen Fruin, it was laugh out loud fun in the dark with my crazy dancing lights going mad with the added bumpiness and speed. All too soon I rolled out onto the tarmac road and pedalled the short distance to my campsite where I rigged my tarp using my bike and it's front wheel to support my shelter. 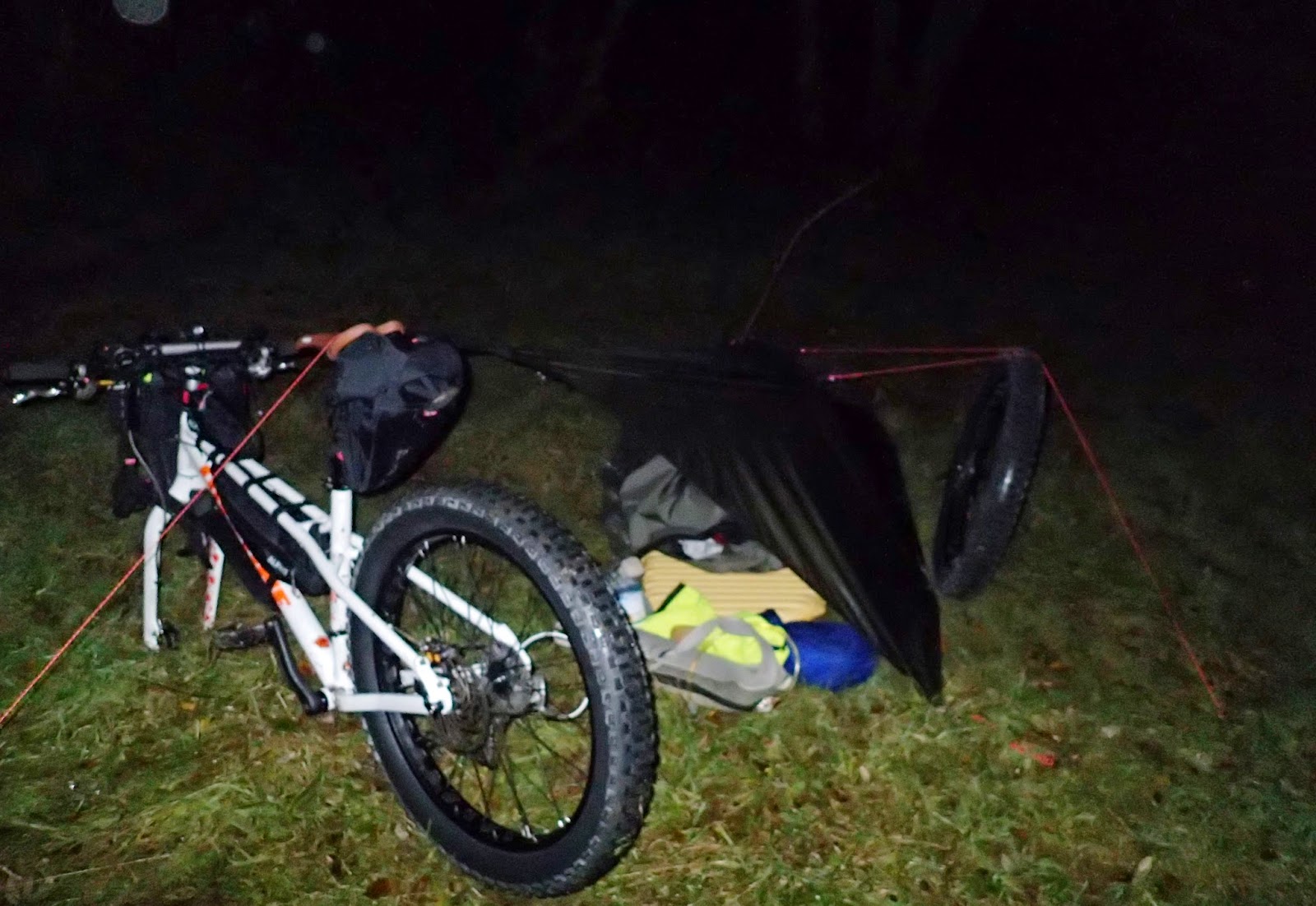 I wasted no time in jumping into my sleeping bag as soon as my shelter was up as it was after eleven thirty. 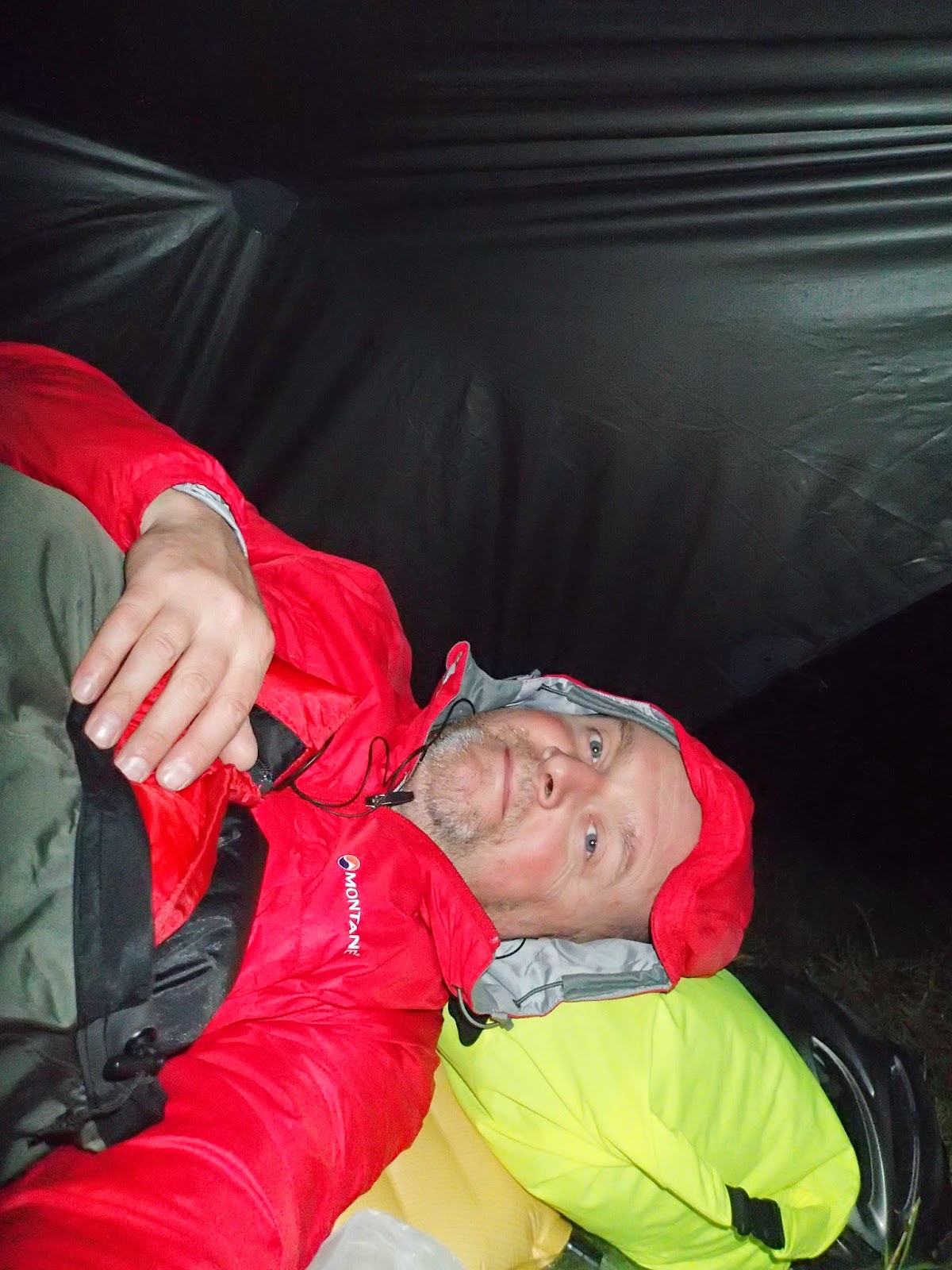 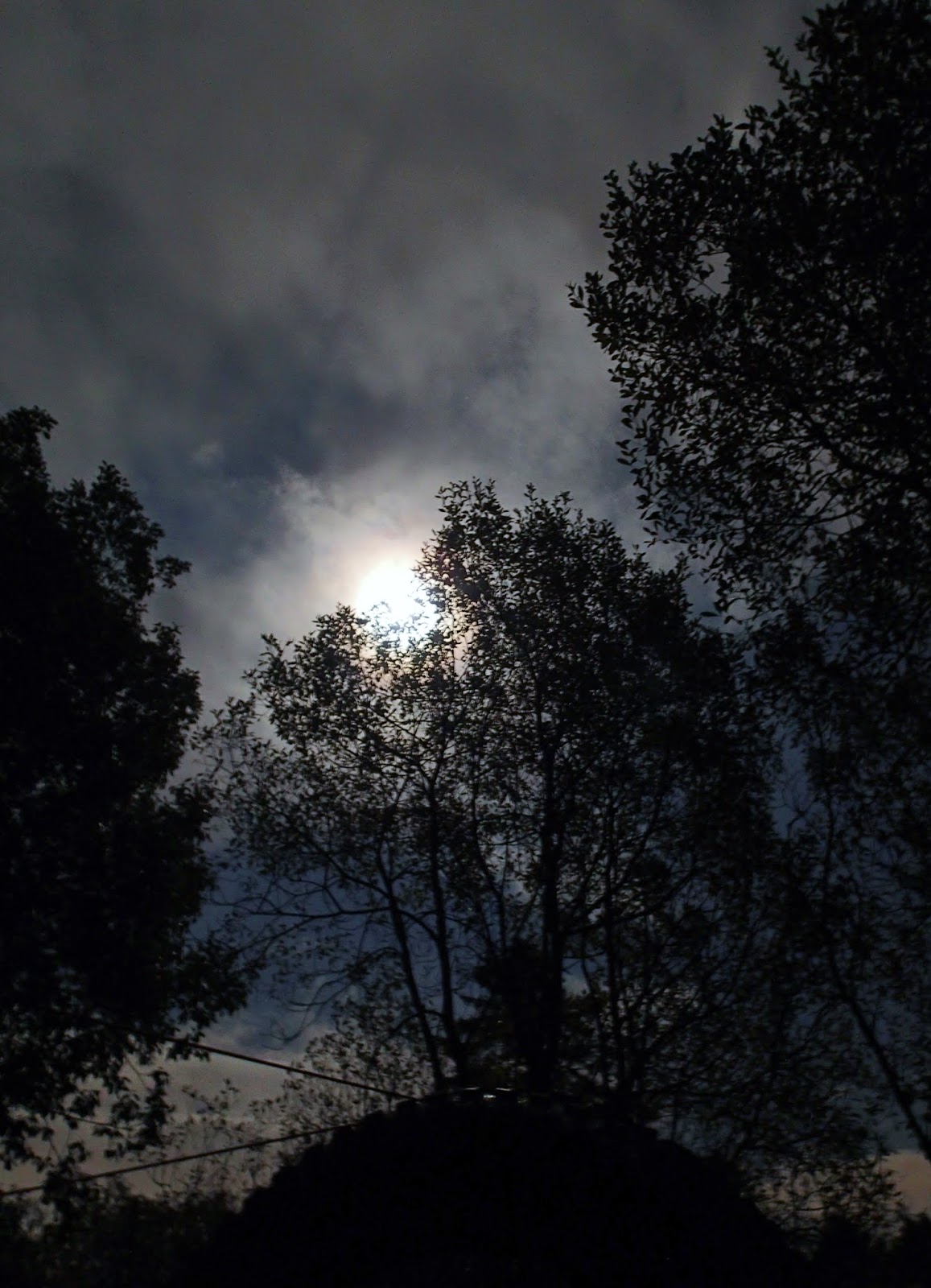 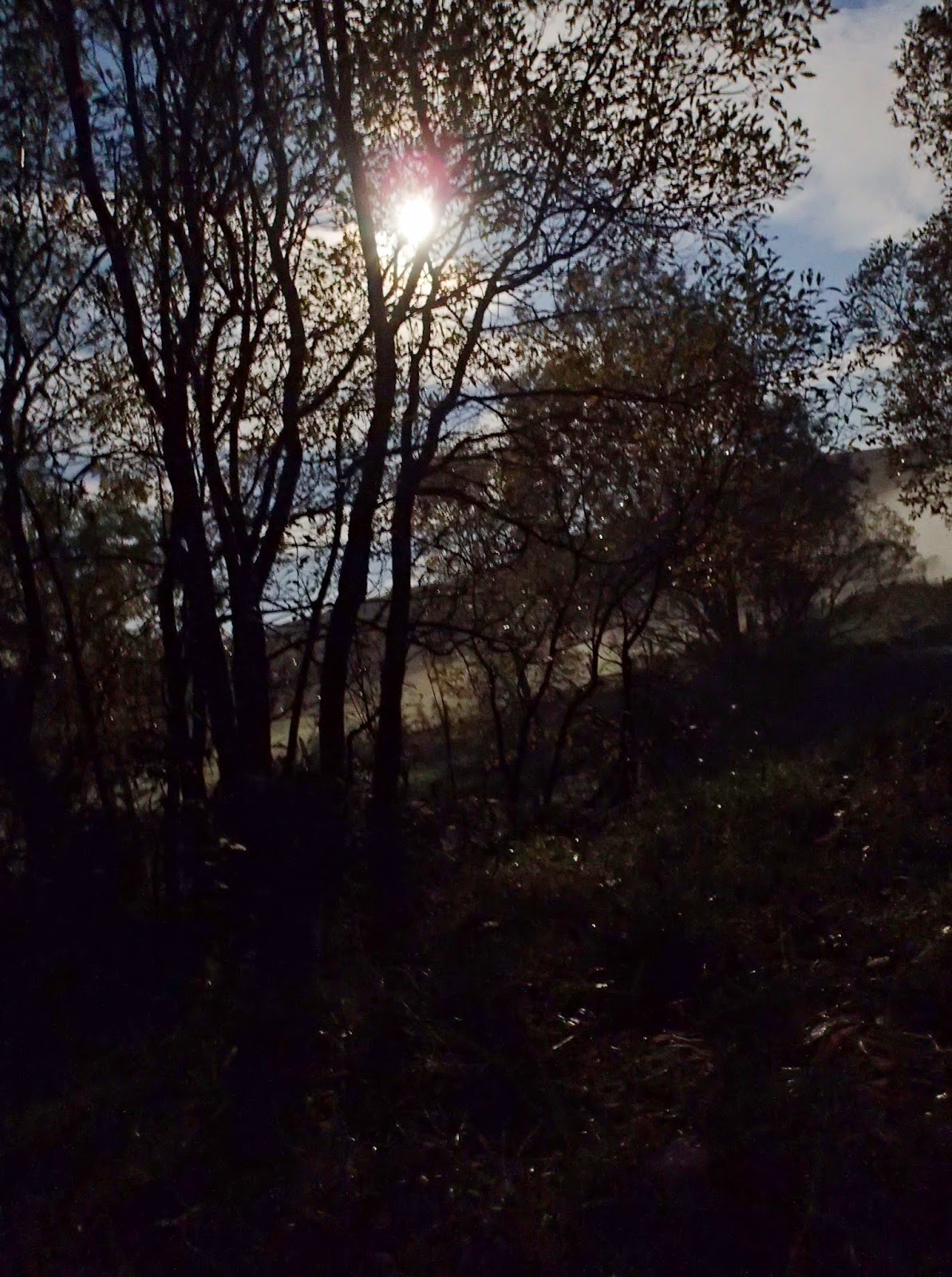 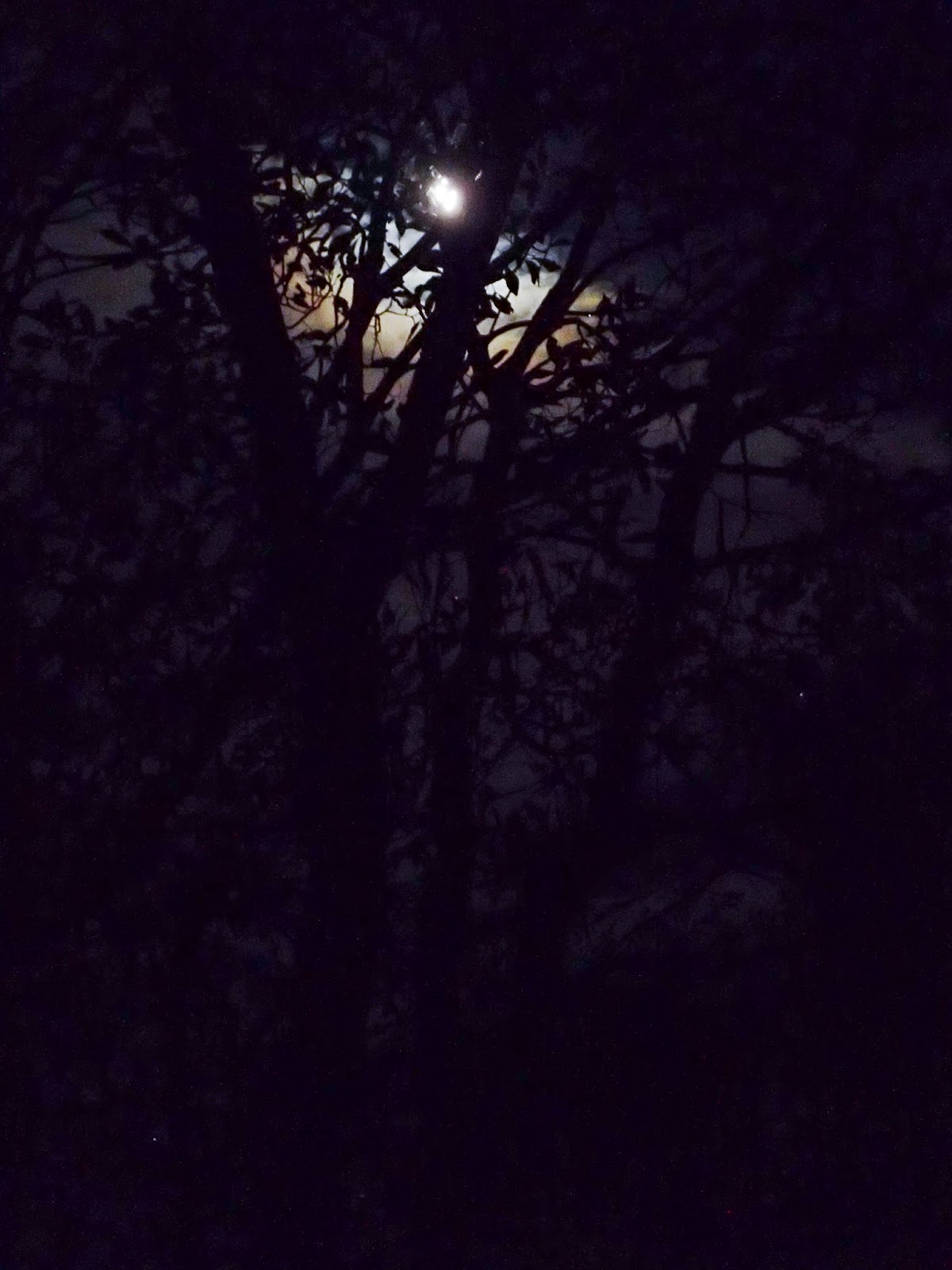 I slept well enough but as usual woke up fairly often (it always takes me a couple of nights to get used to sleeping outdoors). The moon was so bright that the transition to daylight was barely perceptible but when I woke at eight I could see my surroundings properly. 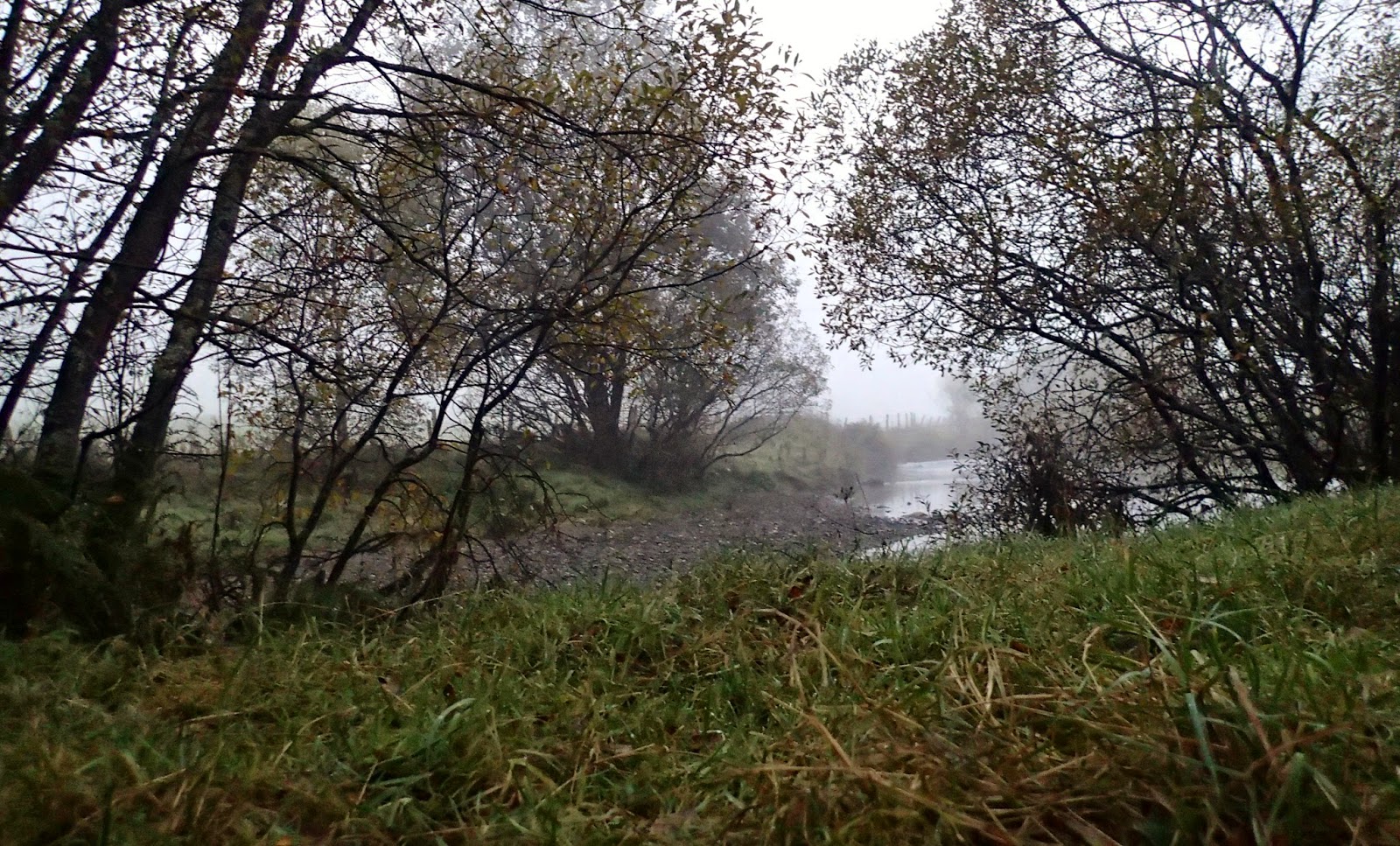 One of the bonuses of bivvying is that you can enjoy breakfast in  bed so it was on with the stove to make porridge and tea. 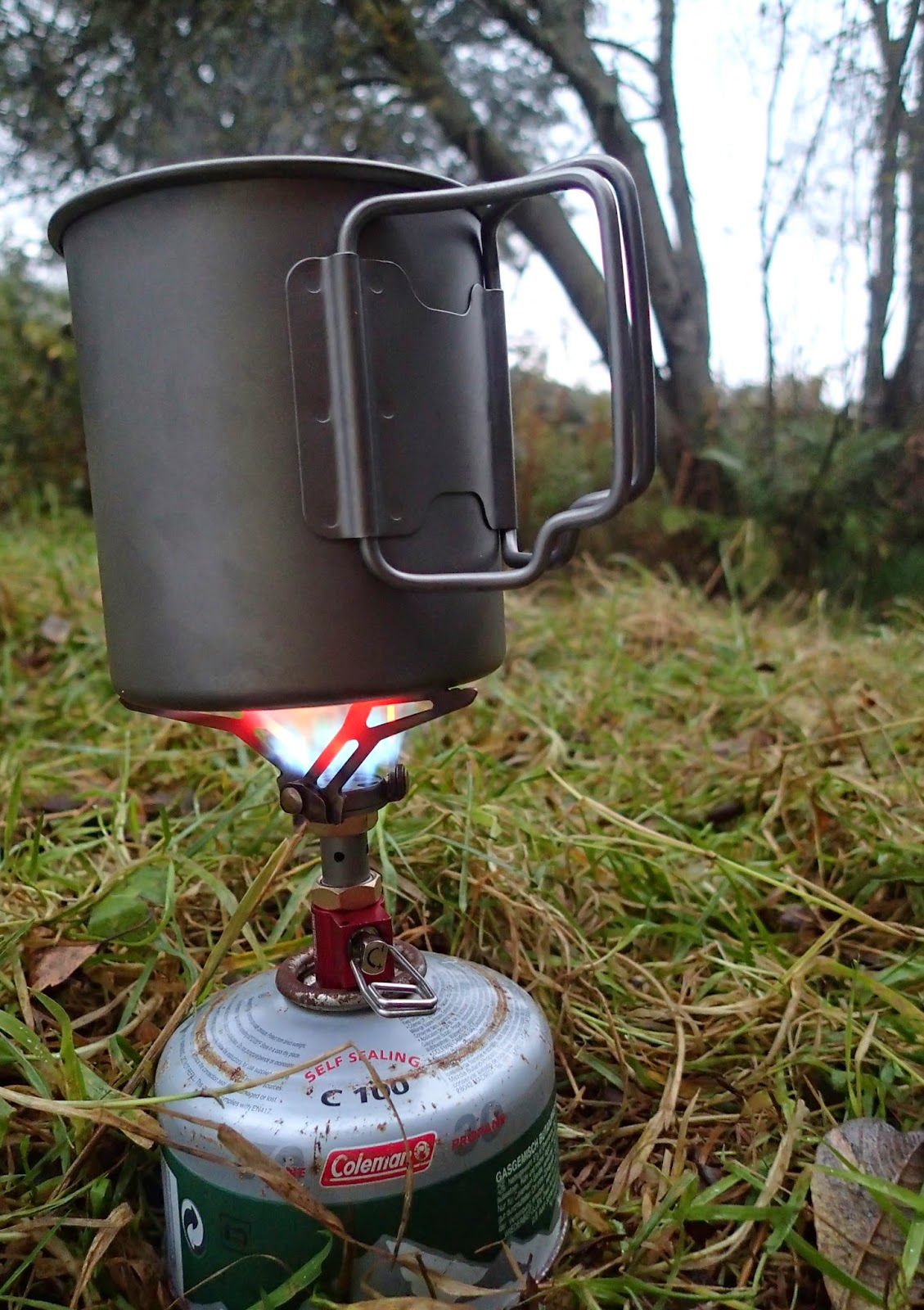 After breakfast I took a few pictures of my camp set up before packing up. 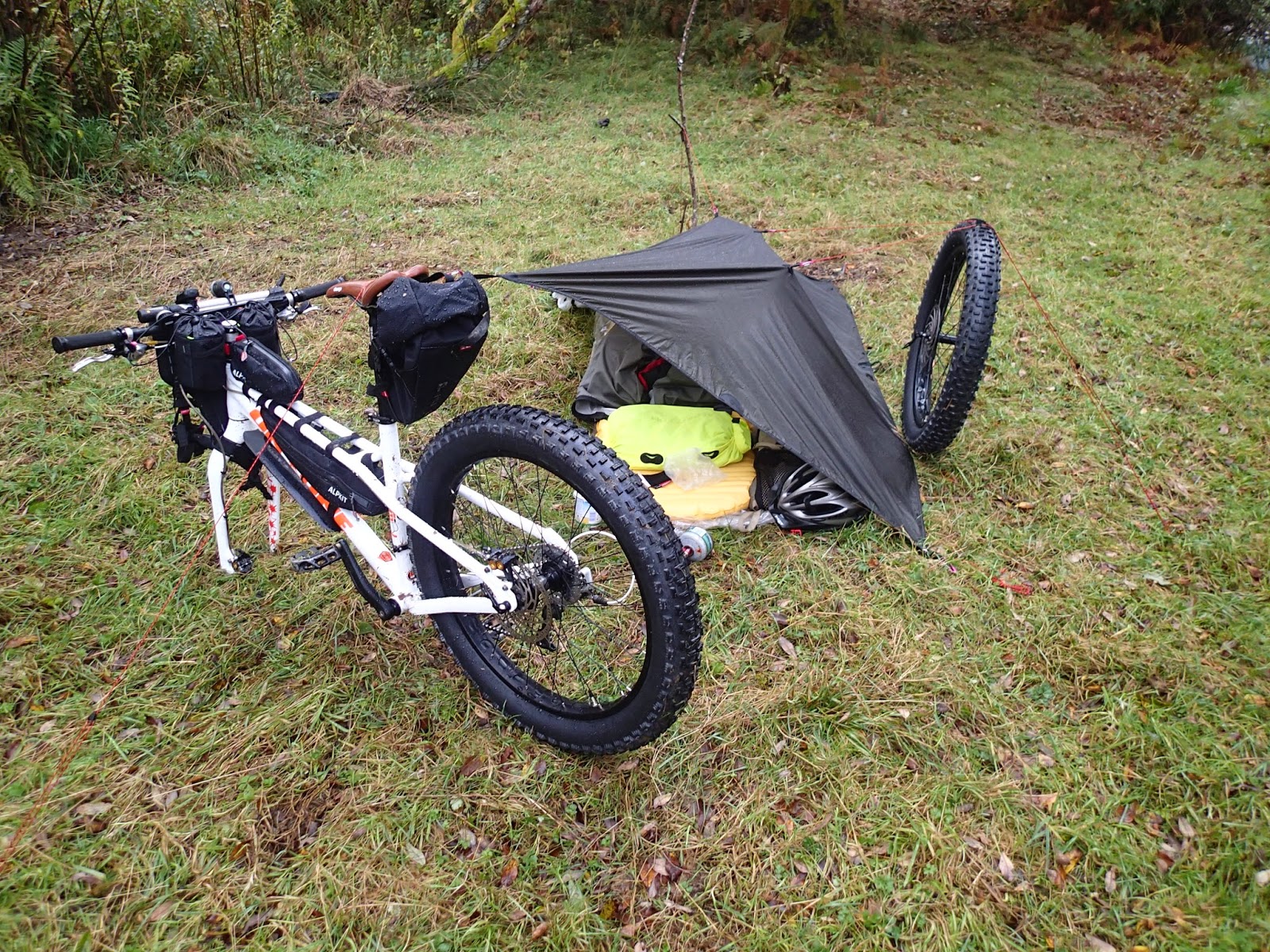 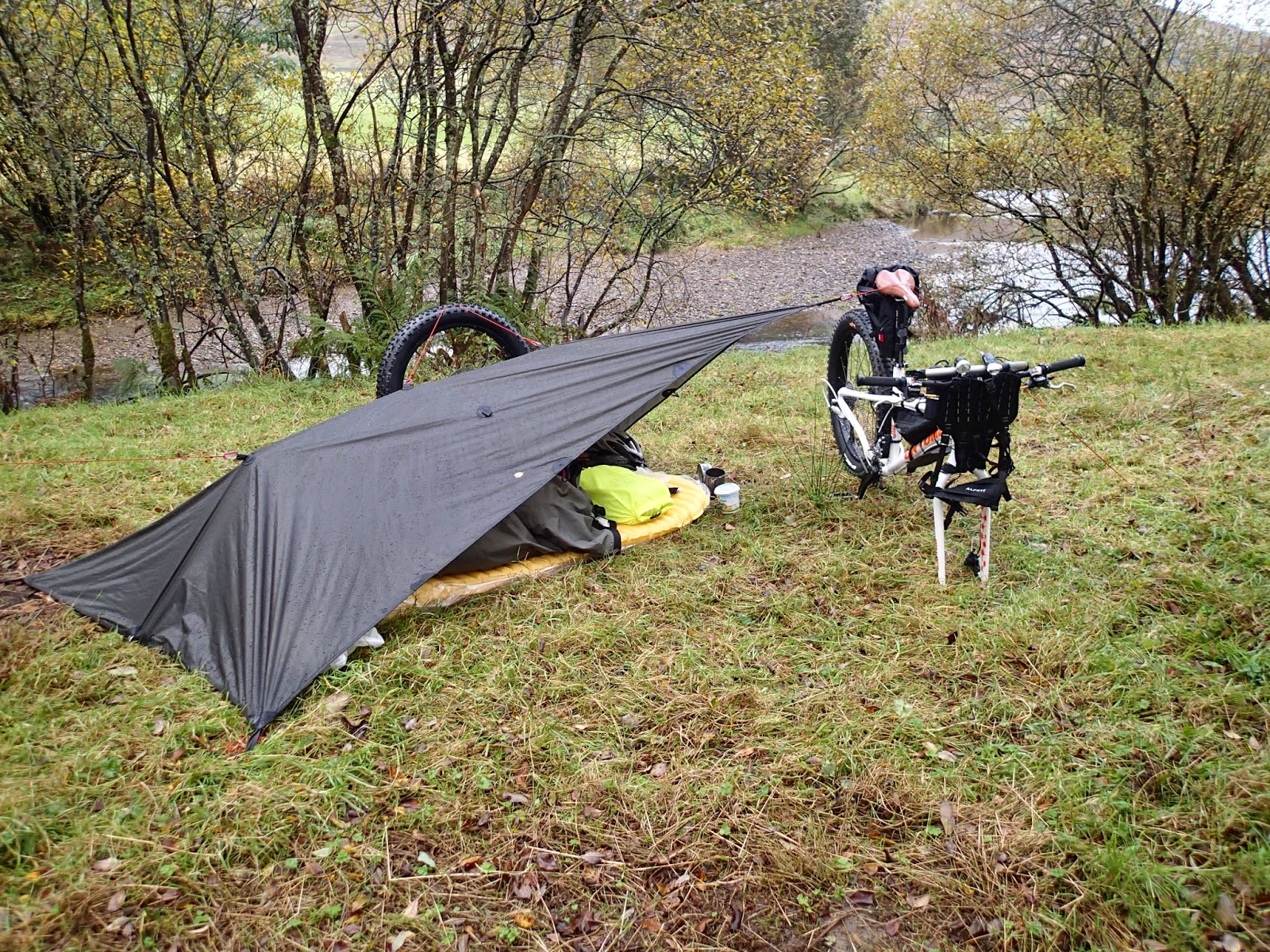 Then before leaving I took a few posed pictures of Fatty all loaded up at the camping spot. 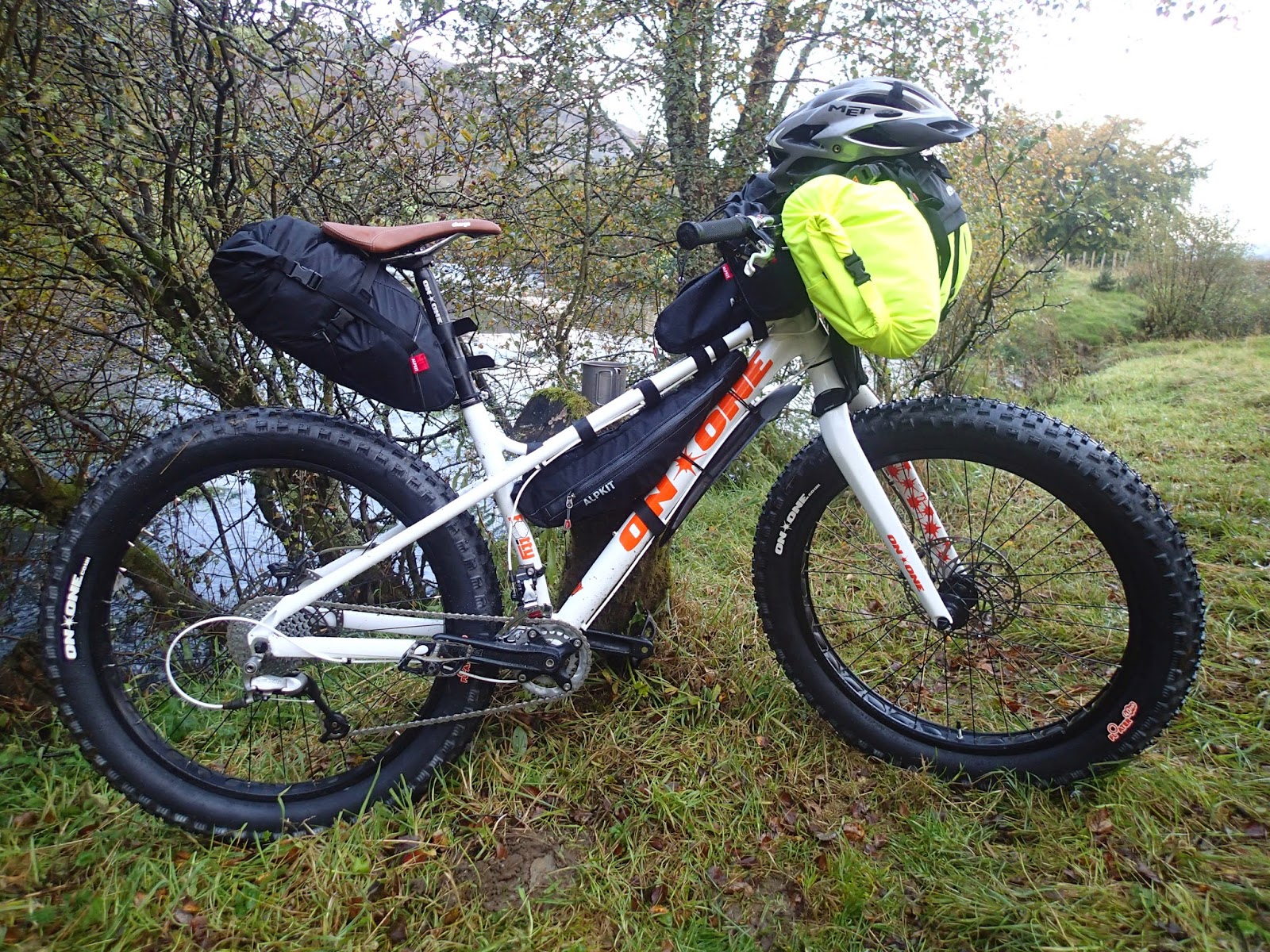 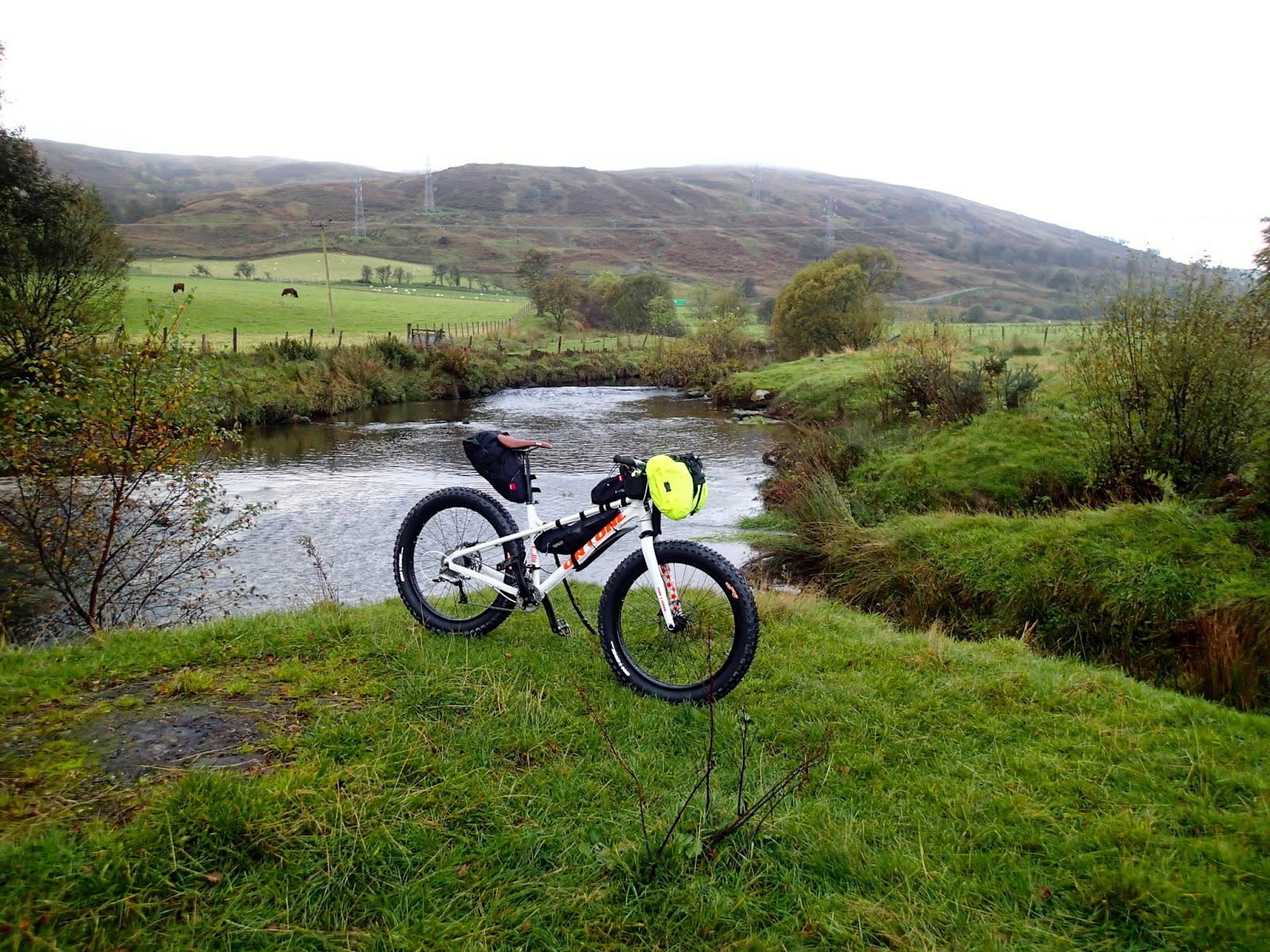 I'd originally thought that I'd return on the road and via a cycle path as a change and because the headset on Fatty was a little loose after bedding in (buying a stem with torx screws maybe wasn't the best idea as I don't have a torx bit on my multi tool). The lure of the single track combined with the chance of having a look at the views in daylight proved too strong though so I retraced my route of the night before and vowed to stay off the front brake to minimise the amount the headset was rattled about.
Climbing back out of Glen Fruin. 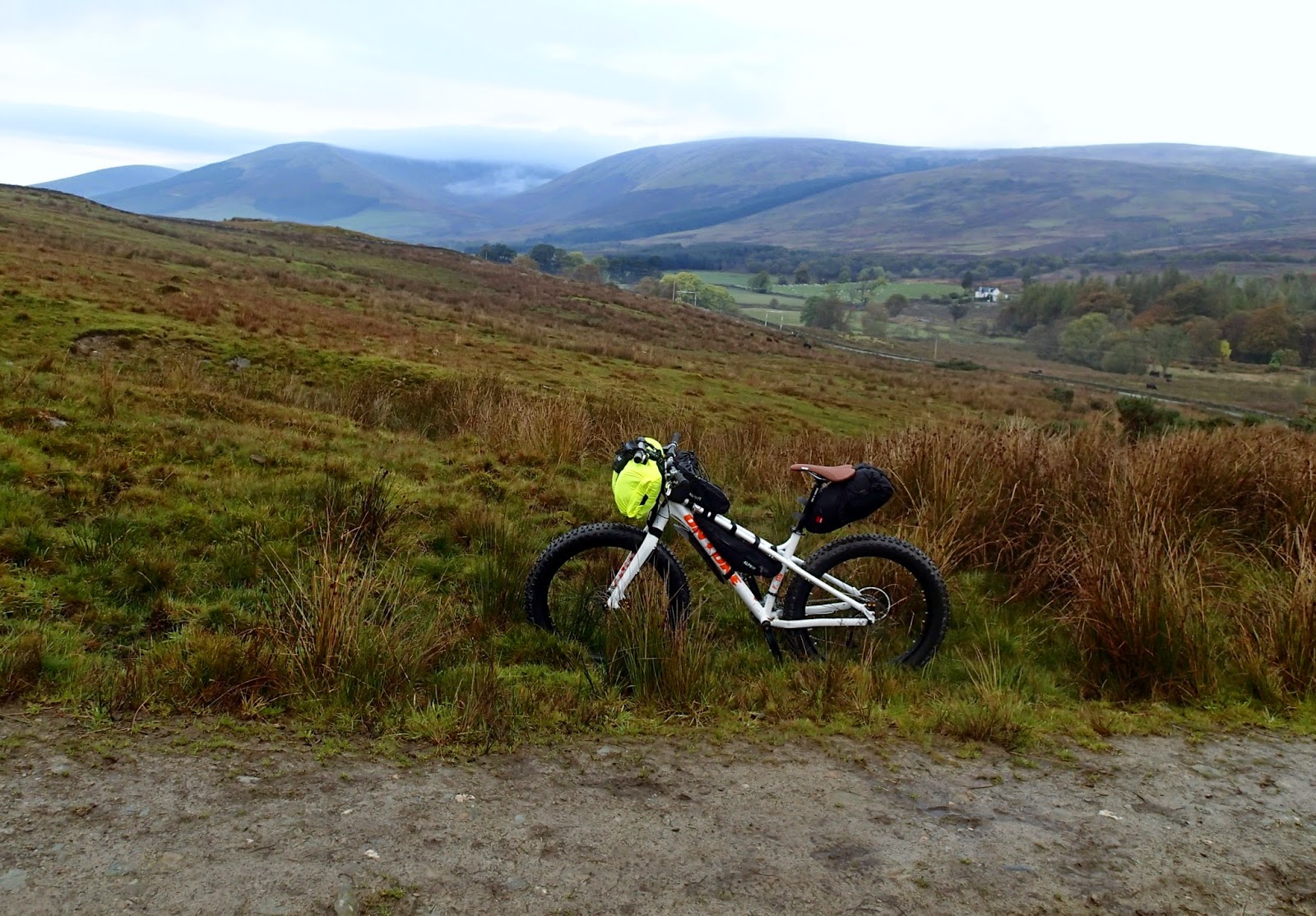 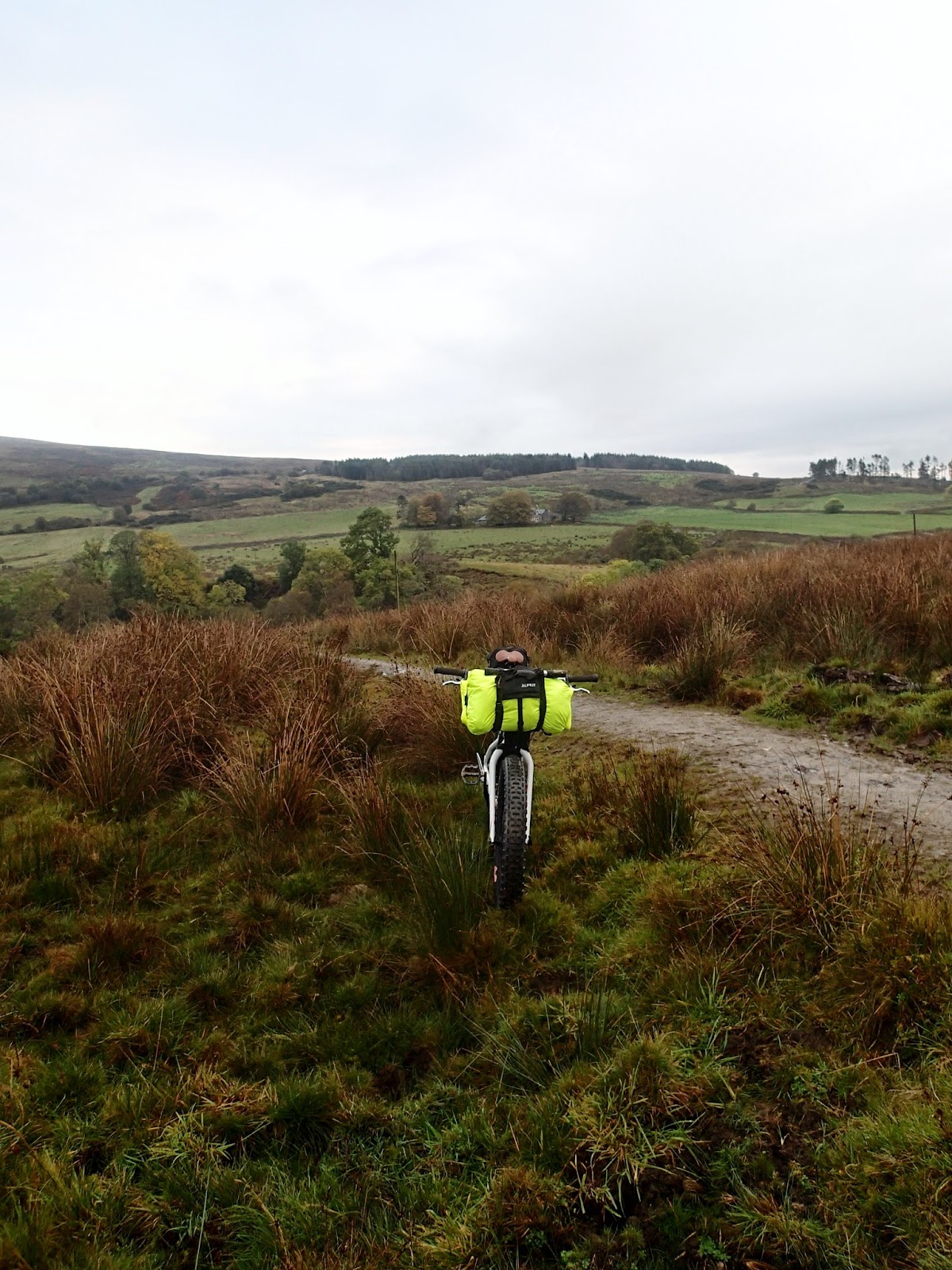 Higher up the track I had a minor mechanical issue when I snapped the chain and wasted ages looking for the link that had come off. Once I'd given up the search and just rejoined the shortened chain I was up and riding again. 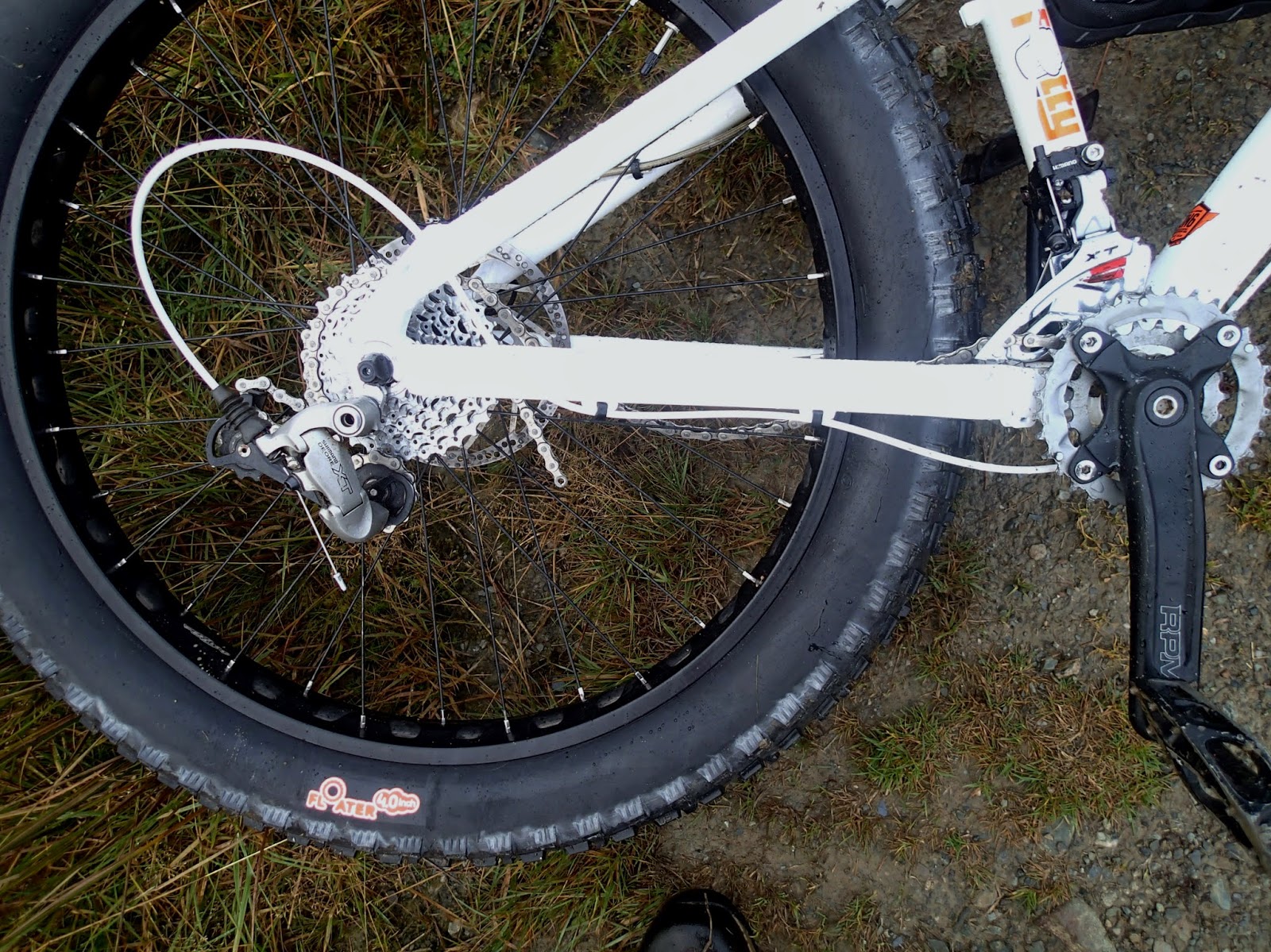 Before the descent back down to Helensburgh I stopped to take a photo at the same spot as the night before, it was a little misty but that just added to the atmosphere. 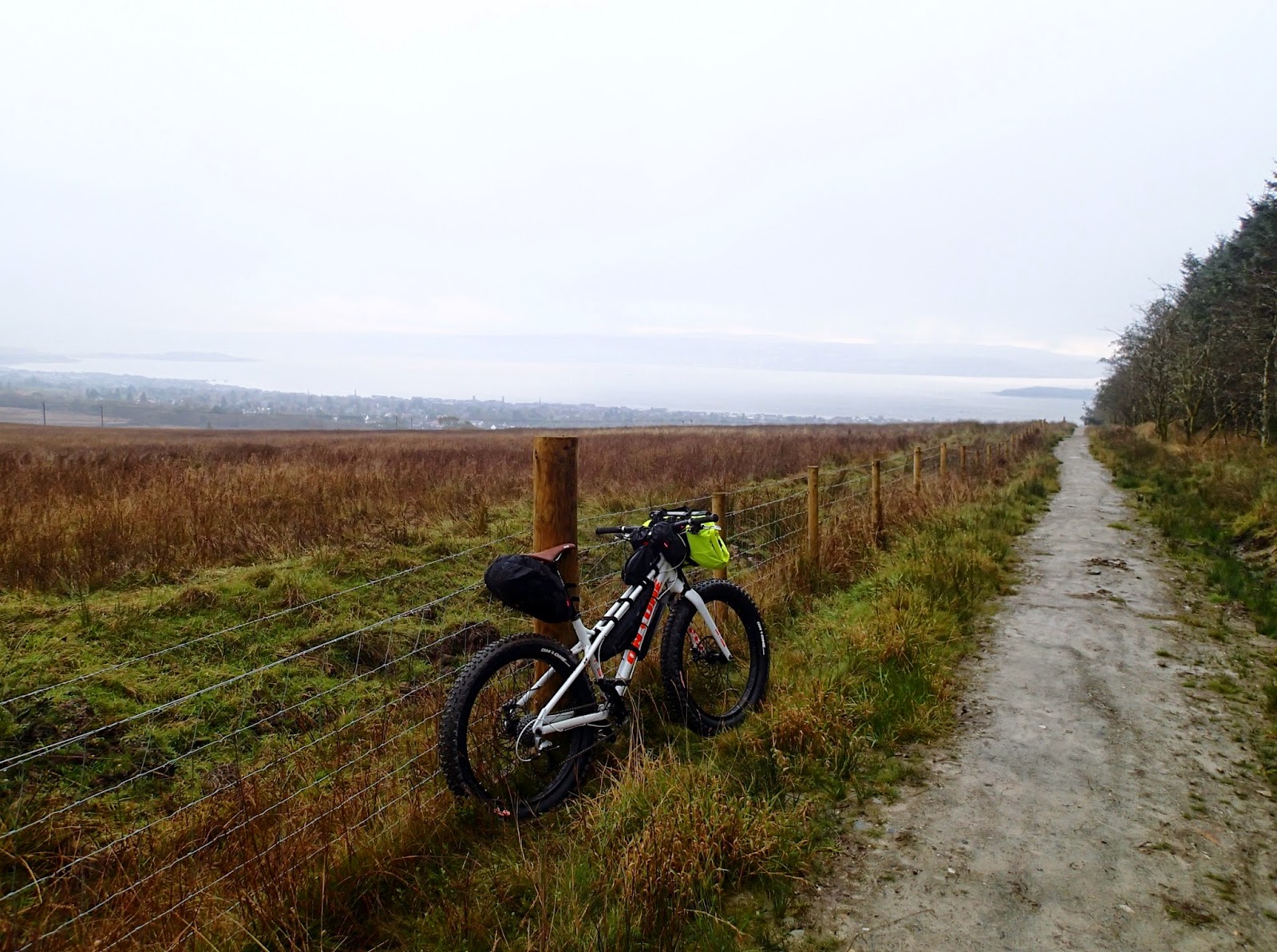 All that remained was the fun descent back into Helensburgh (where I held back and used only the rear brake honest!)
So that was my first experience of riding Fatty off road and of bike packing, I can't wait to do both again.