Unfortunately I've not had the usage out of the old Kona that I'd hoped but I managed a little jaunt the other day. I didn't have much time so it was really a micro adventure but it's always good to get out for an overnighter even close to home.
I left home in Helensburgh at 5pm so daylight was always going to be in short supply, a quick pedal up Sinclair Street brought me to the Glen Fruin turn off. 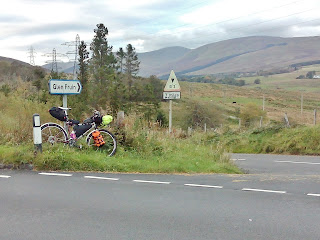 I pedaled through Glen Fruin as quickly as possible, I wanted to get further on to try and find a bivi site before it went completely dark. Soon enough I reached the start of "Yankee Road" (or the American Road as the 3 Lochs Way website calls it, presumably in some kind of strange effort to appear PC). This is a military road through an army training area with firing ranges but there is access to the public as long as you stick to the road when the red flags are flying. 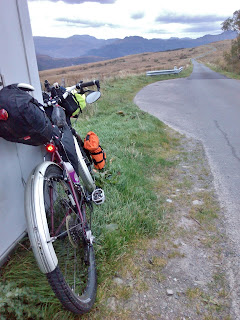 Eventually the tarmac road peters out and turns into a forest road along which the 3 Lochs Way runs. I followed this in the gathering gloom looking for a likely spot to stop for the night. My parameters for a bivi spot were level ground, preferably grassy, water source and some windfall branches so that I could use my Honey Stove to cook on (I had a meths burner with me as well just in case I couldn't find any wood to burn). I ended up riding on almost to the end of the forest road just before the "Gurkha Bato" (a connecting track that the Gurkhas built for the 3 Lochs Way). Finally a suitable spot revealed itself and I set about setting up my bivi in almost total darkness. 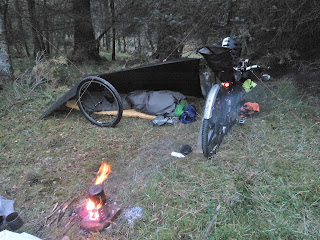 I only needed small sticks for my stove and there was a plentiful supply in the area to cook my dinner and then just sit and relax listening to the red deer stags roaring all around me. 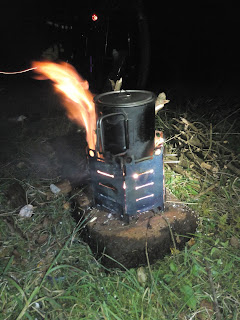 Next morning I got up as soon as it was light and ate some breakfast before packing up. 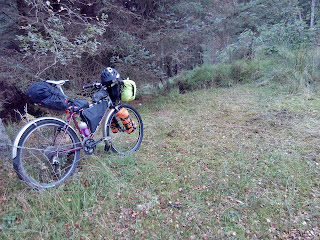 Then it was on along the 3 Lochs Way, crossing the Allt Derigan stream. 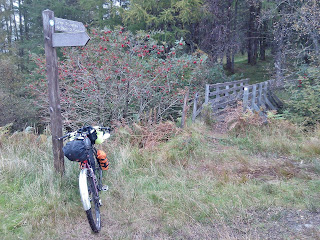 After crossing the West Highland railway line via an underpass there was a steep climb up to another forest road that ran up Glean Culanach which leads to Glen Douglas. 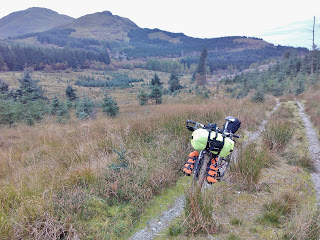 I popped out onto the road again at Glen Douglas, riding down to the A814 above Loch Long with views of The Cobbler and Ben Narnain and the other Arrochar Alps. 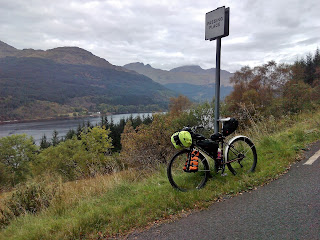 Then it was an enjoyable road ride following the A814 fifteen miles or so back to Helensburgh in time for lunch.

A tribute to my friend Graham.

I was shocked and saddened to recently hear that my great friend Graham Dibsdall had passed away after having suffered a heart attack.
I first met Graham while canoe sailing on Loch Lomond. He was taking part in an OCSG local meet to the less frequented northern end of the loch. Graham was such a friendly guy and I immediately felt totally at ease in his company. At that time I had only just started canoe sailing and was a little in awe of more established sailors but Graham was totally down to earth and approachable. His boat "Cochon Vert" (or Green Pig) was a triumph of recycling. By his own admission Graham had built the boat to a tight budget but although many of the components were second hand the design and execution were excellent and Graham's handiwork was very impressive.
Over the following months I met Graham again at various OCSG meets and got to know him better. He was going through a bit of a rough patch in his life and was keen to get away from things as often as possible. This dovetailed perfectly with my obsession to get out in my sailing canoe and gain more experience and we ended up doing a number of memorable trips together. Graham was a superb mentor to me and on several occasions when conditions became challenging he patiently shepherded me through the experience. It was reassuring to have Graham sailing along with me and although his boat was quicker and more sea worthy than mine he never showed any frustration at having to wait for me. In camp Graham was an amazing cook, making delicious food from ingredients that sometimes sounded unlikely. He often caught fish while we were sailing and we supplemented our meals with this and fresh mussels that he harvested from the sea. Graham wasn't a big drinker but he was partial to the odd beer or dram of whisky by the campfire while we sat and chatted. It transpired that we shared tastes in music and were both motorcyclists so we always had plenty in common to chat about. Over the following years I had loads of memorable adventures with Graham in the company of our mutual canoe sailing friends. Graham was always the same, a fun, reliable, entertaining, resourceful guy and great company to be with.
More recently I've seen less of Graham, not because we'd fallen out but because he'd found happiness in his life. He'd recently relocated to Cumbria with his partner Carole where they were building a new life together for themselves.
It seems terribly unfair that Graham should lose his life just when things were really looking up for him and I can't begin to imagine how difficult things must be for Carole and Graham's family.
I shall miss Graham immensely and will always remember him fondly, sitting contentedly by a campfire, fishing for mackerel or blasting along in the Green Pig, sail fully unfurled, kicking up plumes of spray while everyone else was reefed down. 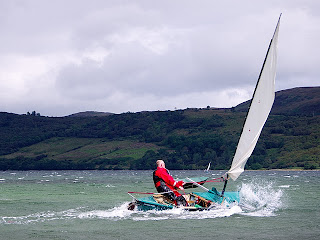 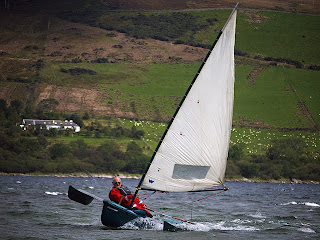