It's been so long since I've been out for an overnight trip that I was beginning to get a little desperate. The weather forecast for last weekend started out looking good but as the weekend approached it started to slip once more. This time though I wasn't to be denied so despite the forecast of winds gusting to F8 on Saturday afternoon and overnight I set off just after lunchtime with some interesting new kit to try out.
I launched from Aldochlay lay by (which was surprisingly empty, probably the weather putting people off) and sailed south as I exited the bay. 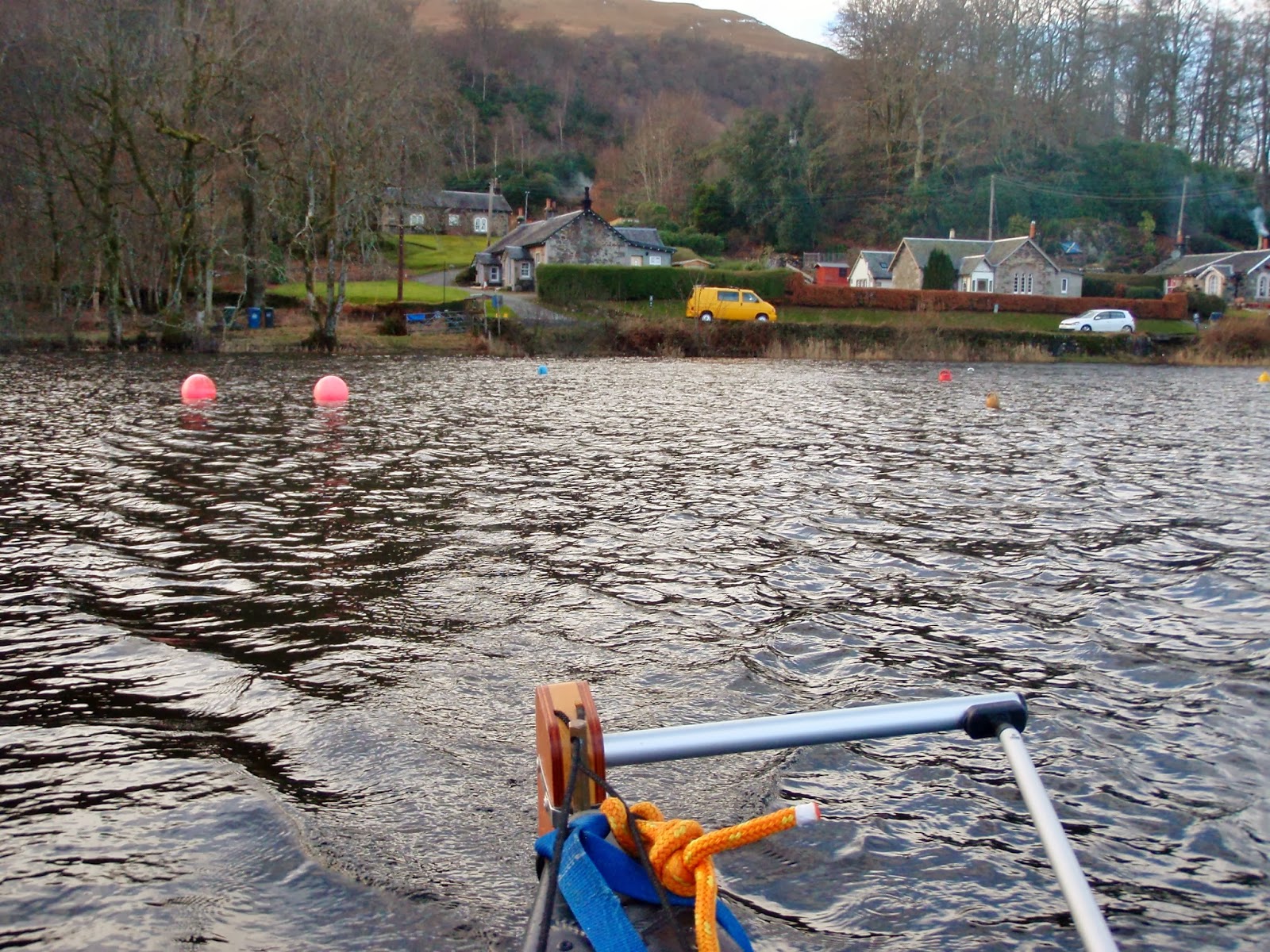 The water to the north was a mass of white caps and looked very hostile but it looked more manageable the way I was heading. A couple of strong gusts found their way through as I ran downwind leading to a surge in speed and a strong pull on the mainsheet. The loch was empty aside from a floating gin palace taking rich golfers for a trip round the islands from the exclusive Loch Lomond Golf Club. 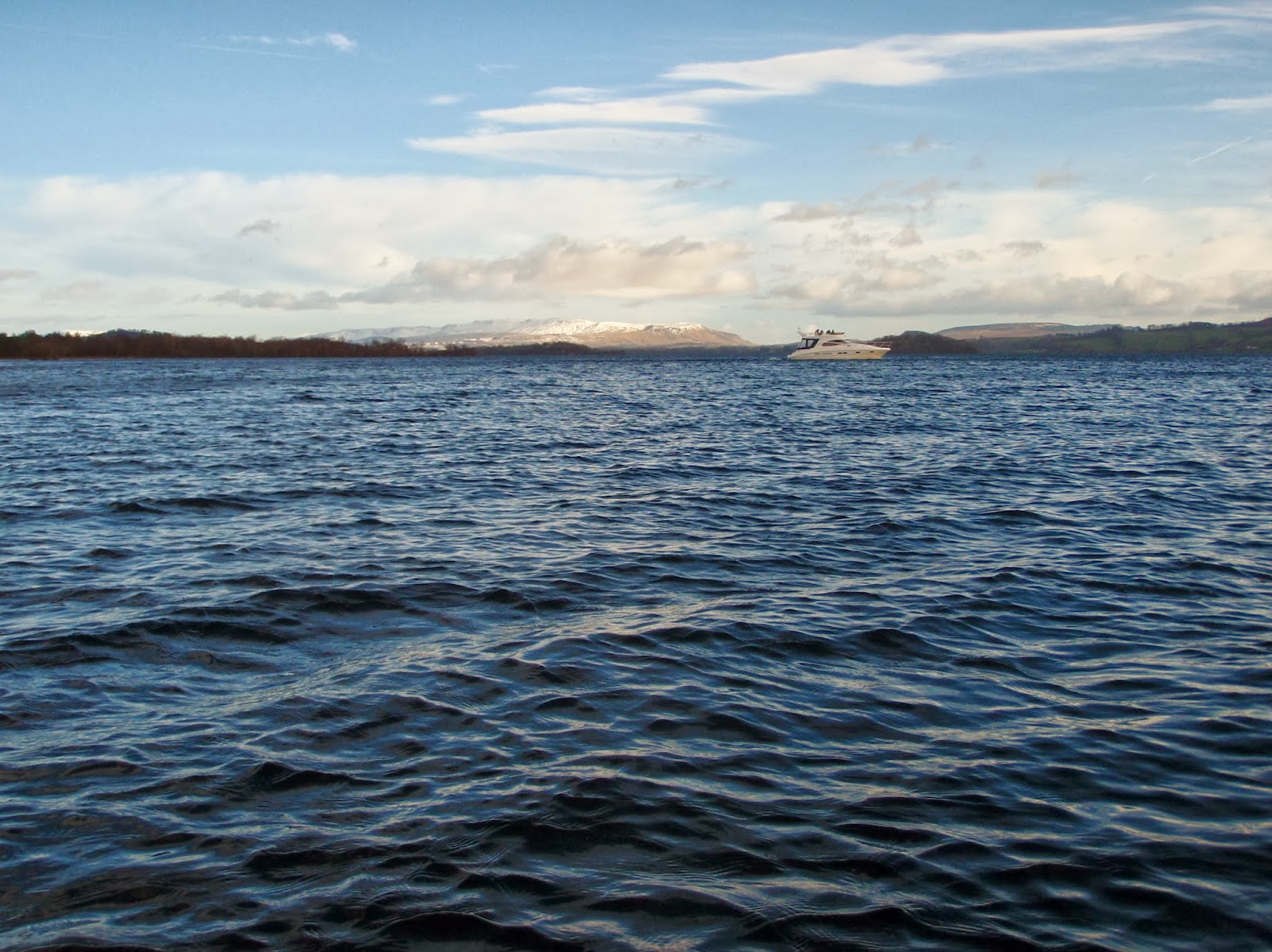 Soon I was amongst the islands and looking for a place to camp. The wind was forecast to be coming from the northwest until the early hours when it was to swing southwest and moderate, so my search was influenced by the need to find a sheltered pitch for the predicted blow. I landed on Inchmoan and had a look around the old ruin who's walls provided great shelter from the northwest but would be more exposed after the wind swung. 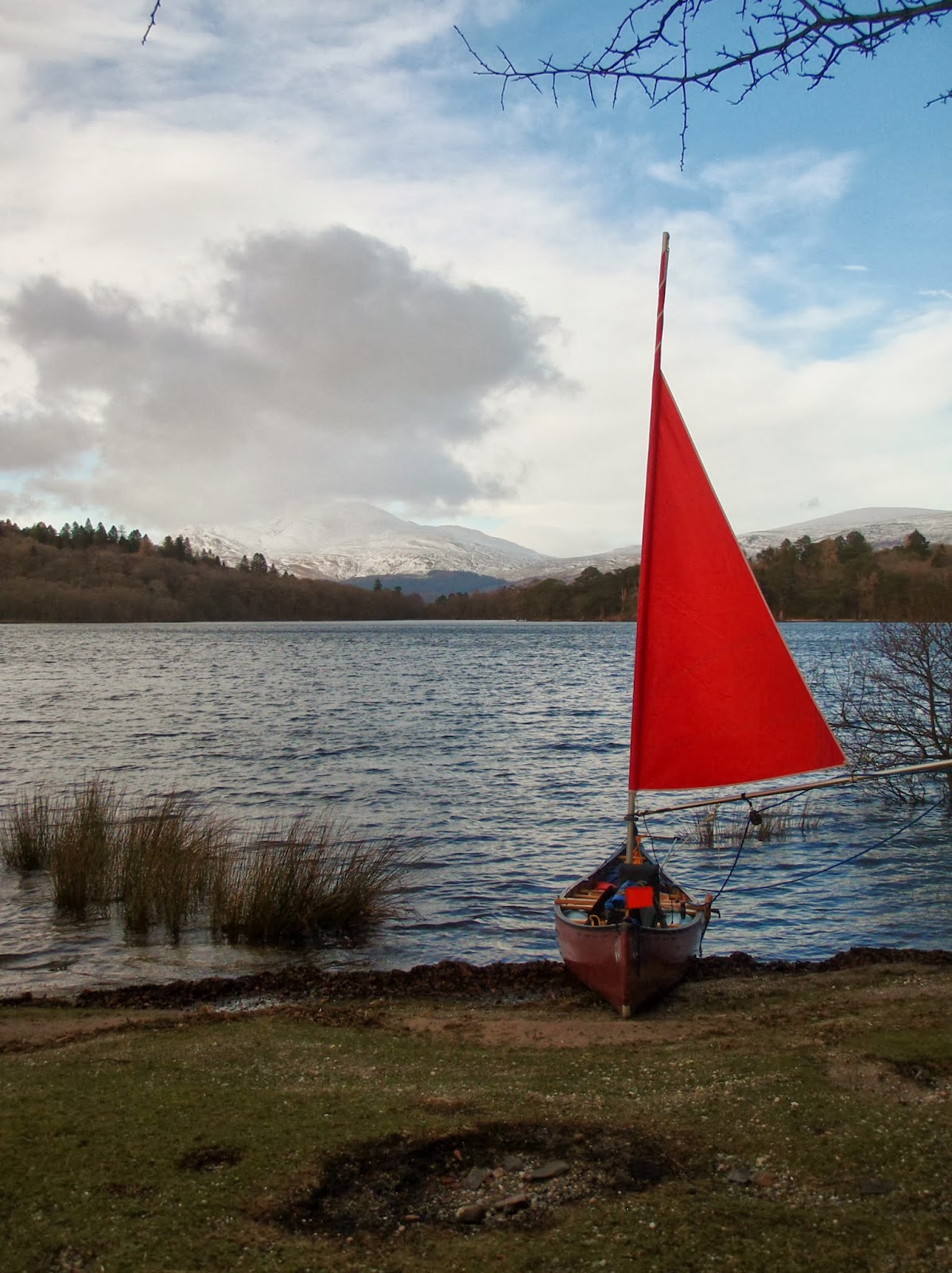 I decided to move on and have a look at our usual spot on Inchconnachan. This was nicely sheltered but I wasn't sure how well my tent pegs would hold in the gravelly ground if the wind did hit my tent. The next place was on Inchtavannach and seemed ideal, I could hear the wind roaring through the trees on nearby Inchconnachan and see spectacular waves smashing against it's shore while I remained really well sheltered. I did have a quick look on Inchconnachan adjacent to the narrows as well but after chatting to a lone kayaker who stopped for a breather I headed back to the little sanctuary I'd found previously.
I mentioned earlier that I had some new kit to try out and the first item to be tested was a pair of Typhoon Rock boots that I'd managed to get at a discounted price. Previously I've worn Lomo sailing boots with my dry suit and although they've served me well I fancied a change. The Typhoons are a favourite of OCSG friend Andy and I hoped they'd offer a bit more ankle support than my Lomo boots. First impressions were good, they were easy to put on, warm and flexible enough to allow comfortable kneeling while paddling the canoe. 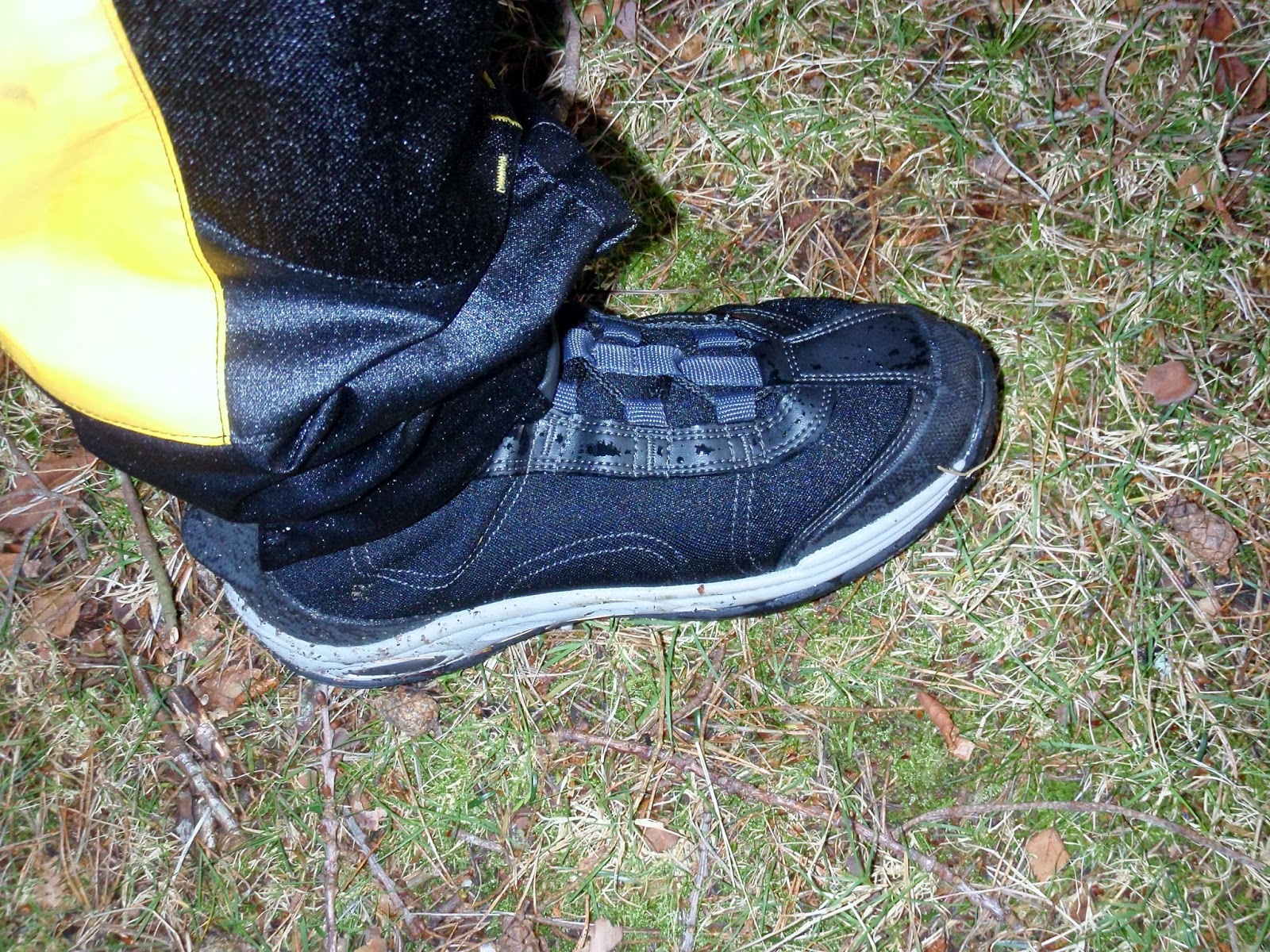 The next new toy to be unveiled was a new tent. I've been looking for a new lightweight, one man tent for a while (to complement my heavy but sturdy geodesic tent that I'll continue to use in some circumstances). After much deliberation I settled on a Luxe Outdoors Sil Hex Peak. After buying the tent, I'd seen a few comments online about it being awkward to pitch (it's a brand new model) so I was a little concerned about this but in the event it was pretty straightforward (especially if you were brought up pitching canvas bell tents). 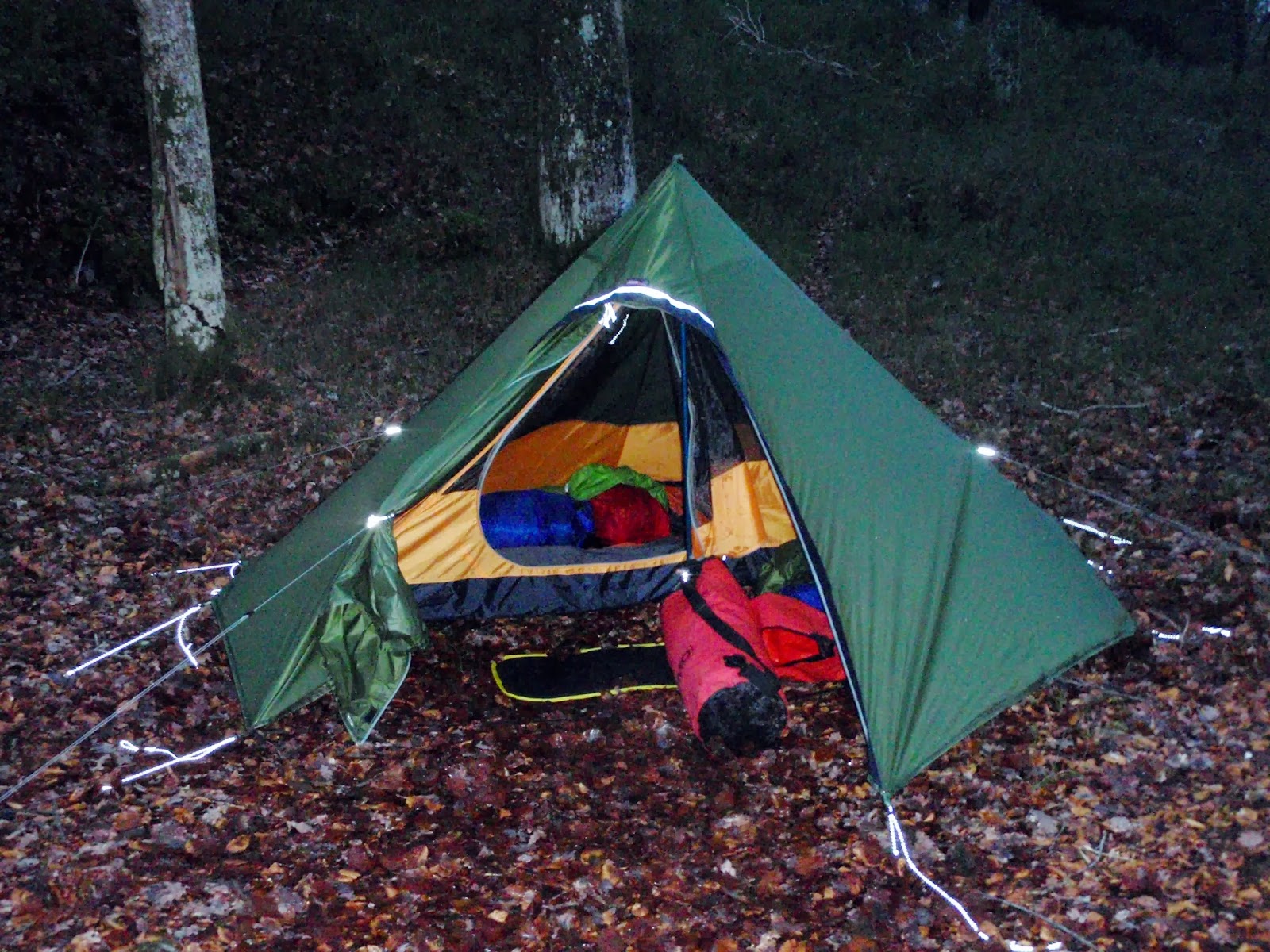 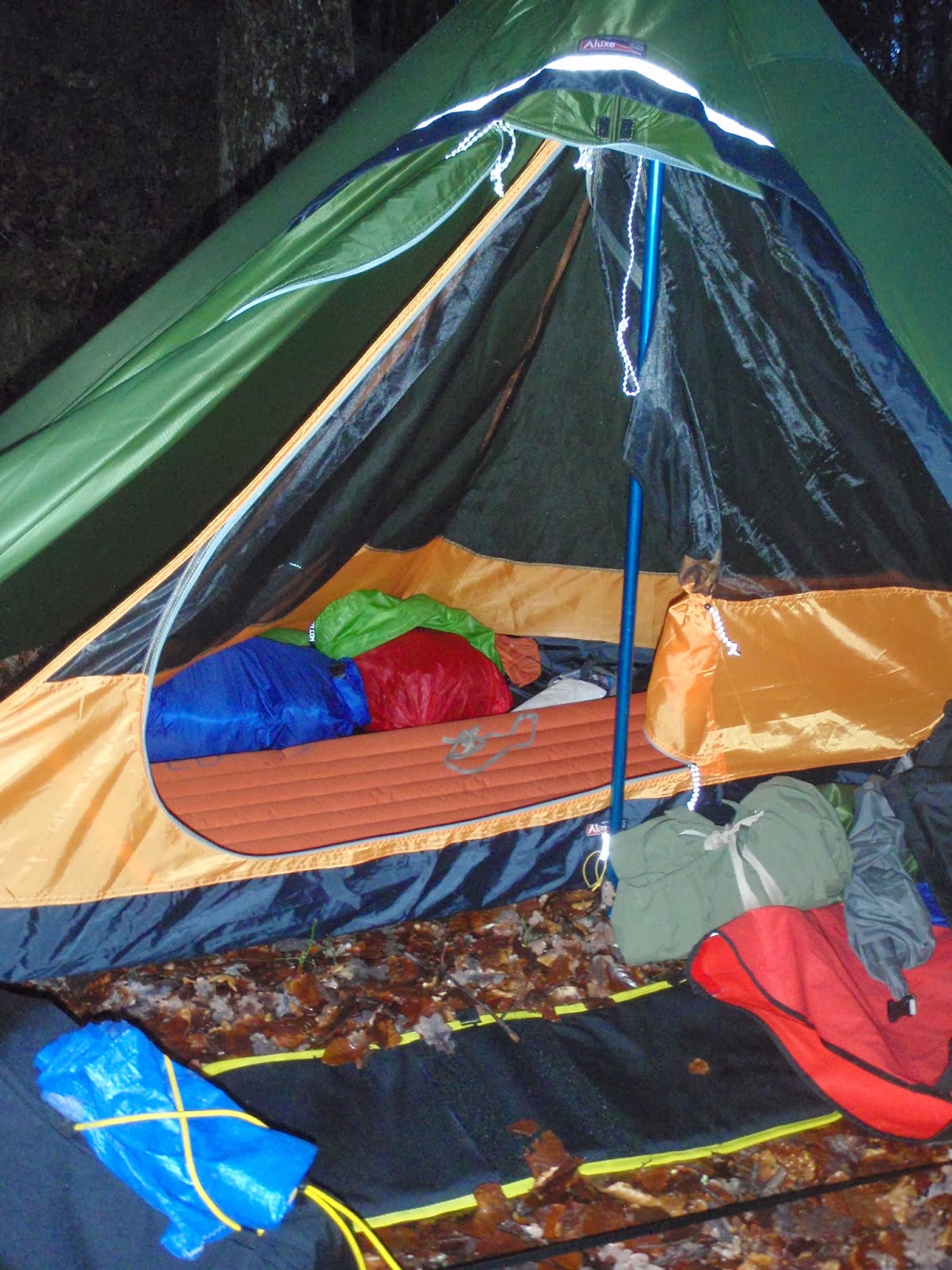 A little rain was forecast so I decided to put my tarp up as well (not strictly necessary but it gave me a large shelter just in case). 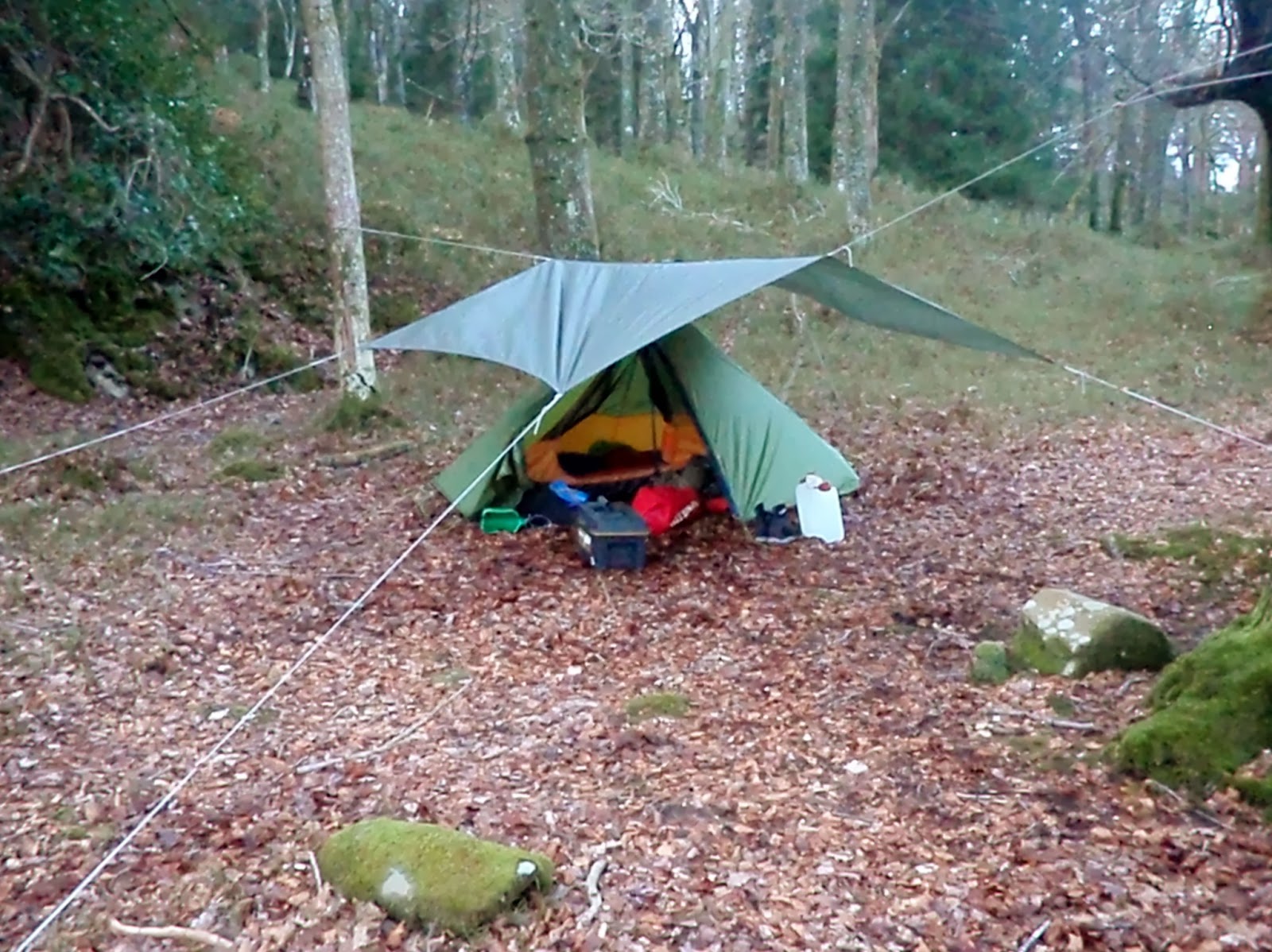 Once I had my refuge in case of a sudden shower I went for a little stroll, a solitary swan was my only companion as he fed near my canoe. 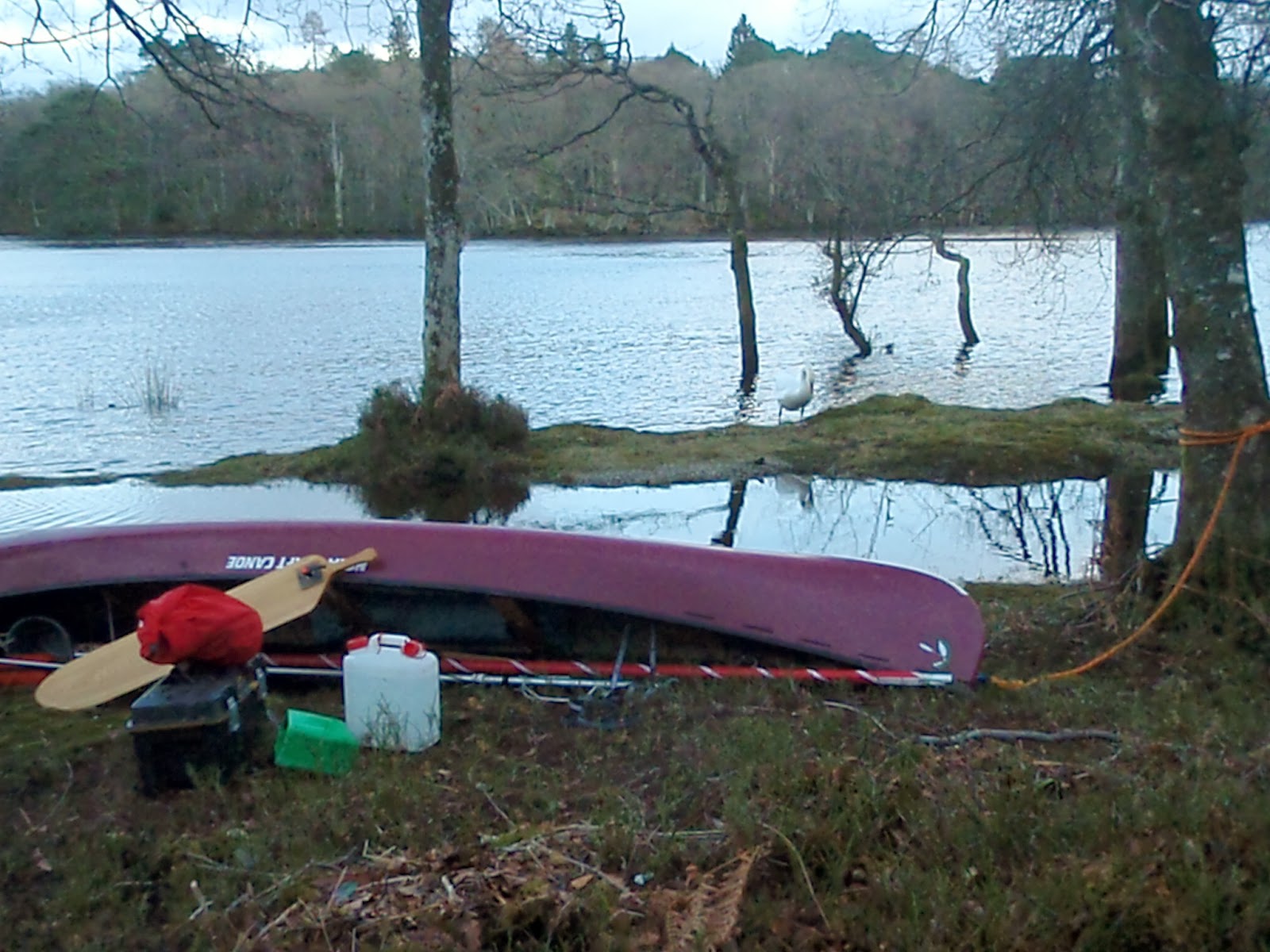 The light was fading fast as I sauntered along the shore. 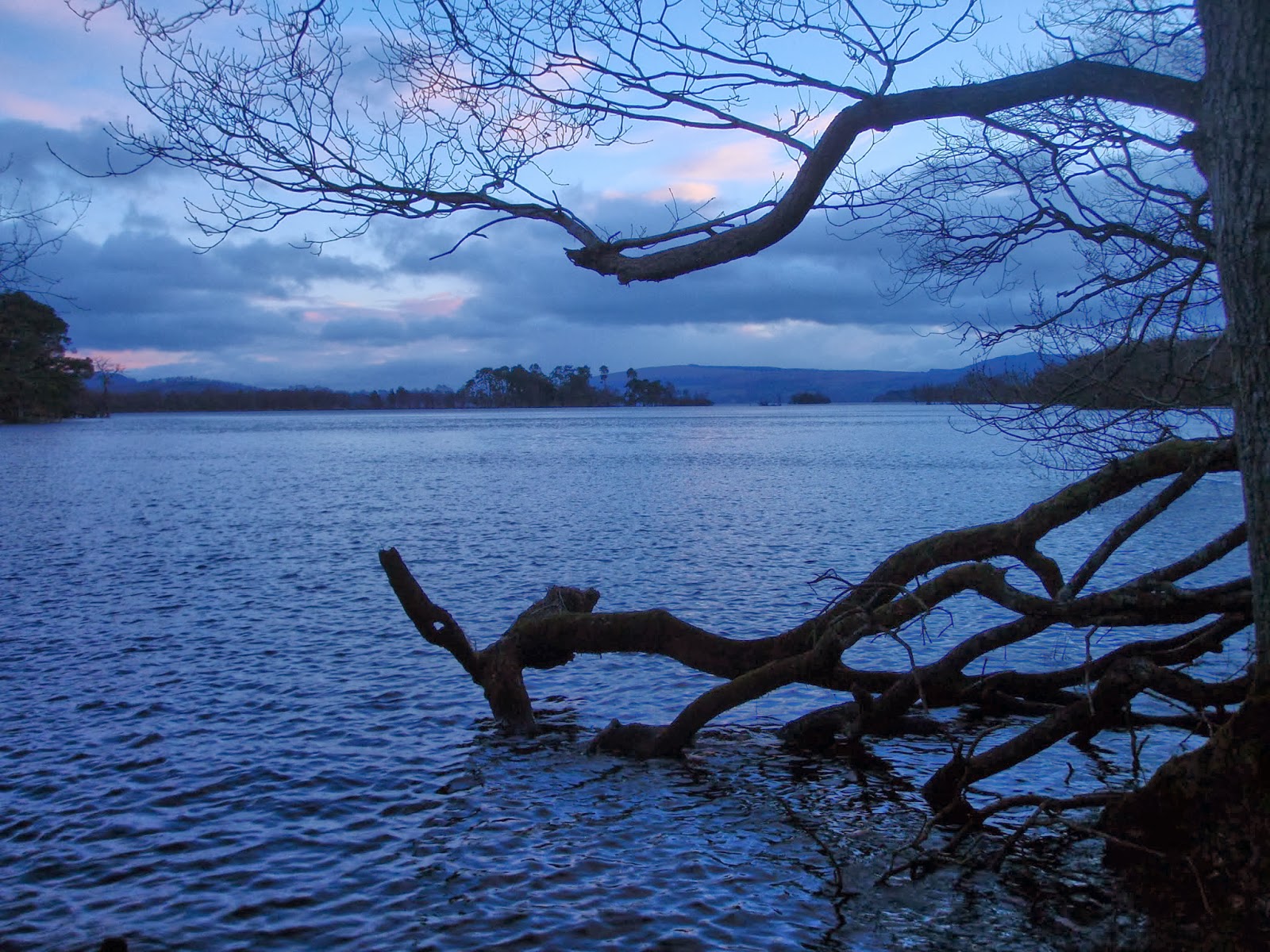 I headed back to camp and made some food as the wind roared through the trees on Inchconnachan just across the water from me. The sky to the east was bright as the moon rose. 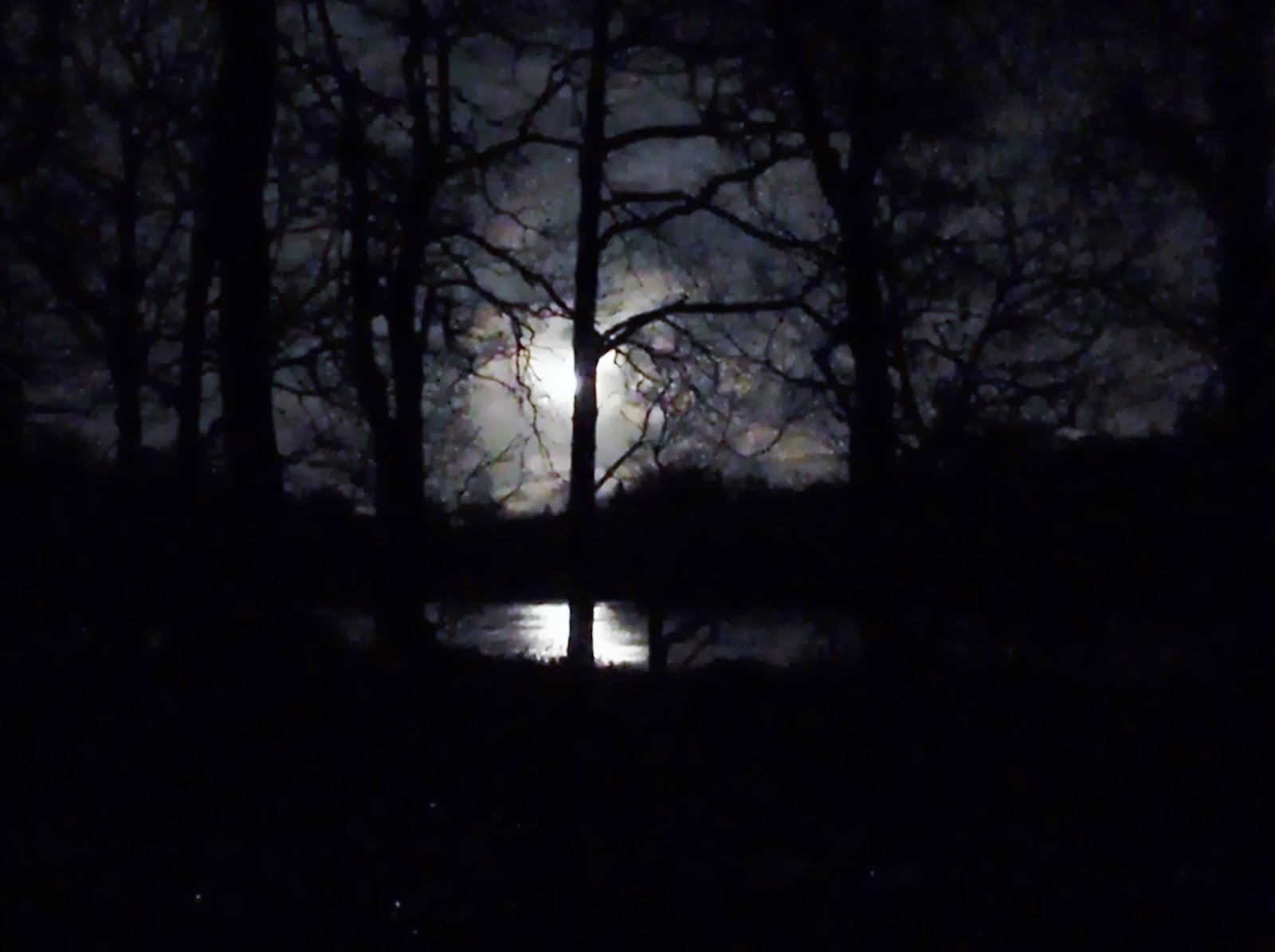 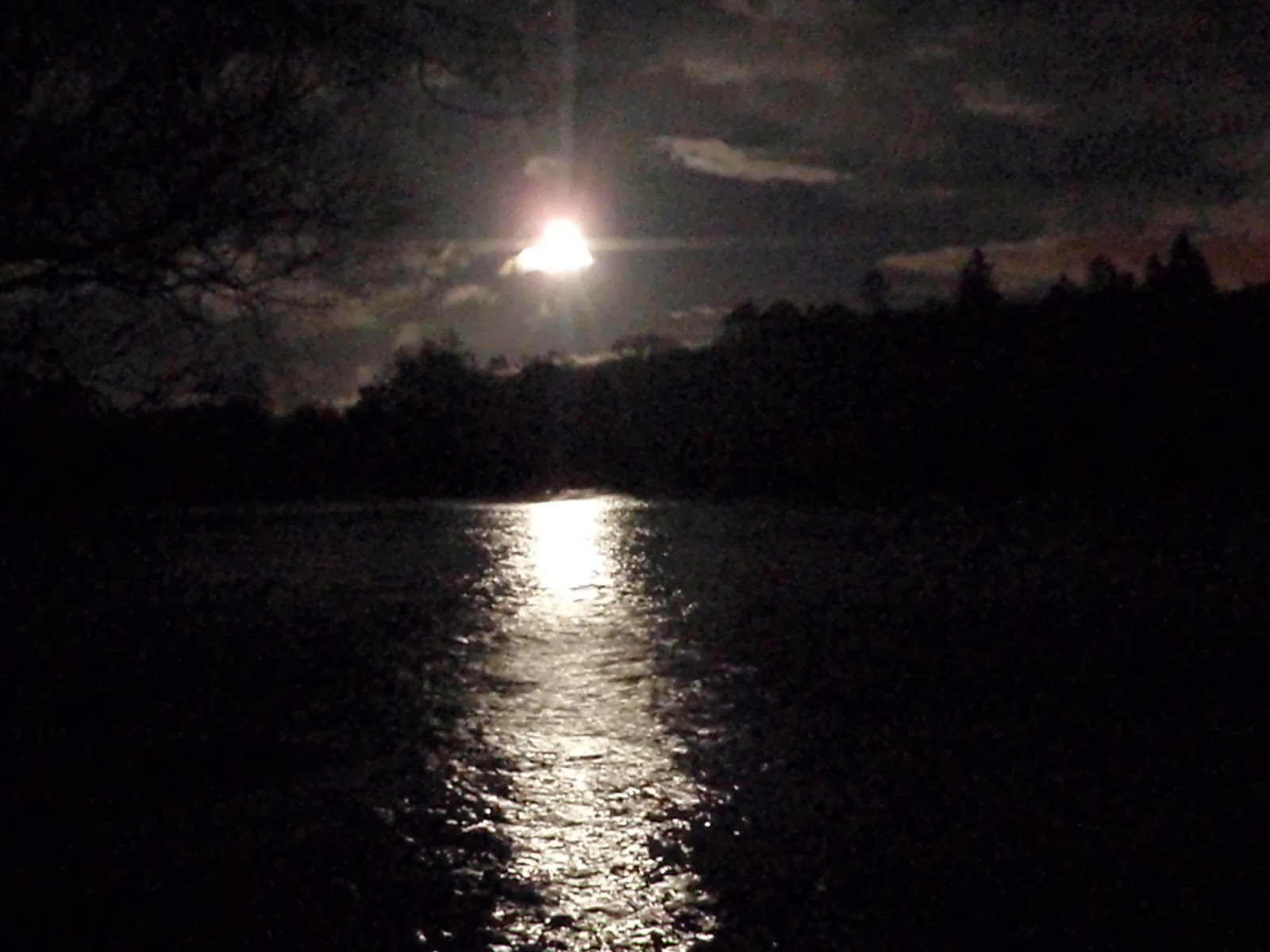 I turned in early and listened to the wind roaring through the nearby trees but my tent remained nicely sheltered and provided an excellent little haven.
I awoke just before eight to relative calm and to discover that the wind had indeed moderated and swung as predicted. I wasted no time in getting the stove on to make my breakfast. 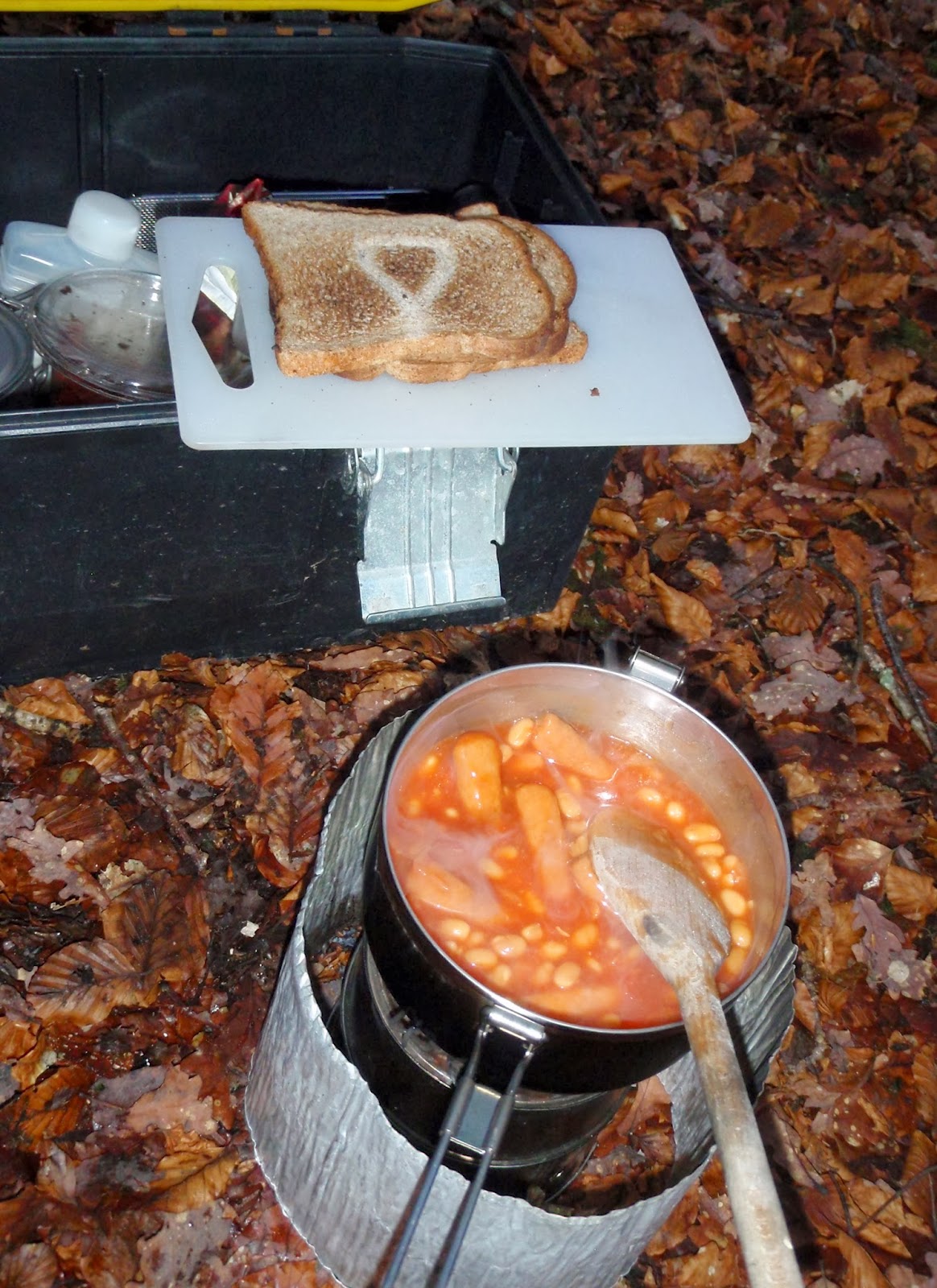 After breakfast Rambo arrived in his kayak. 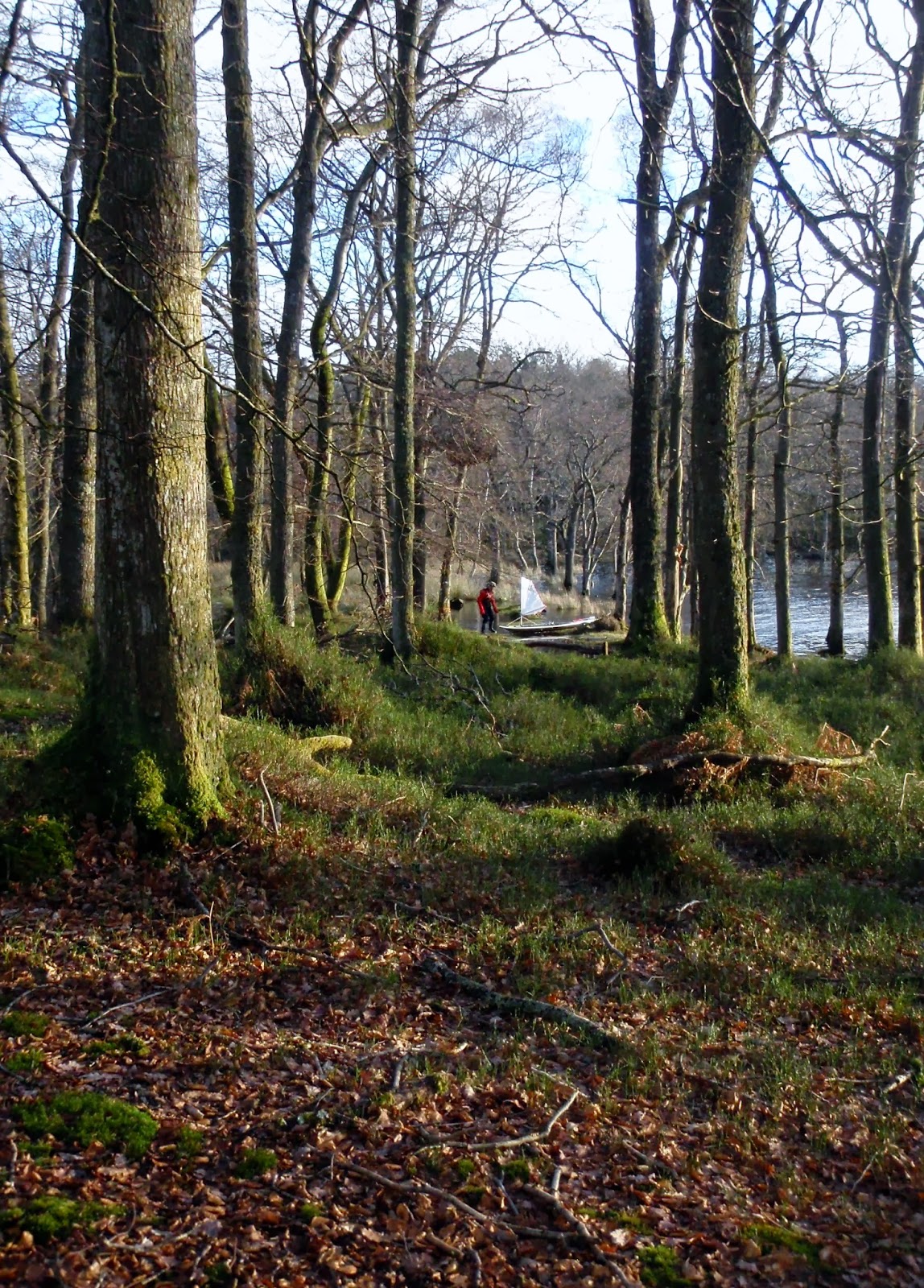 After we'd had a catch up Rambo made his breakfast while I packed up my kit then we headed out onto the loch for the day. The sun was shining and the hills were snow capped, it was a glorious day to be out. 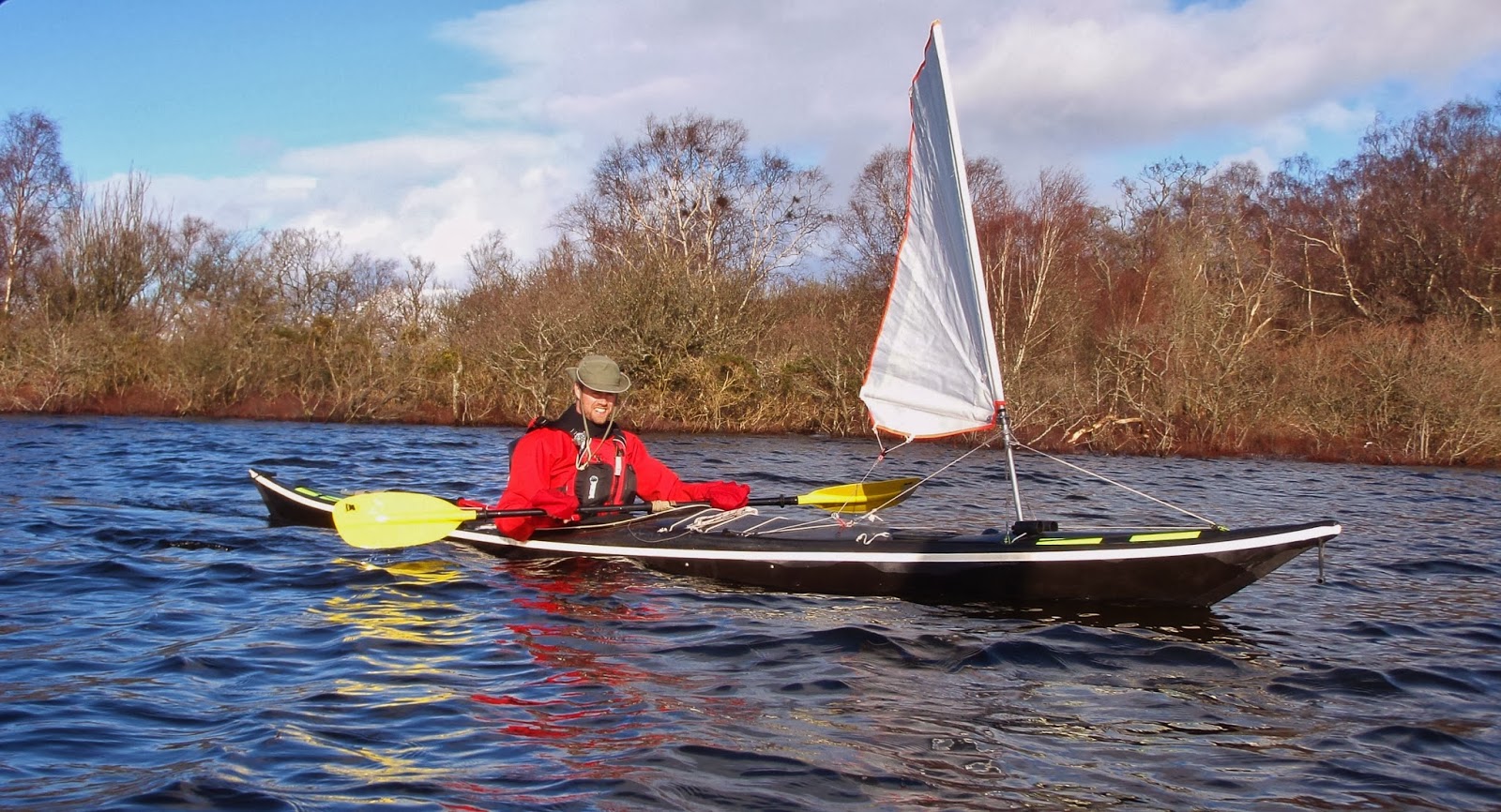 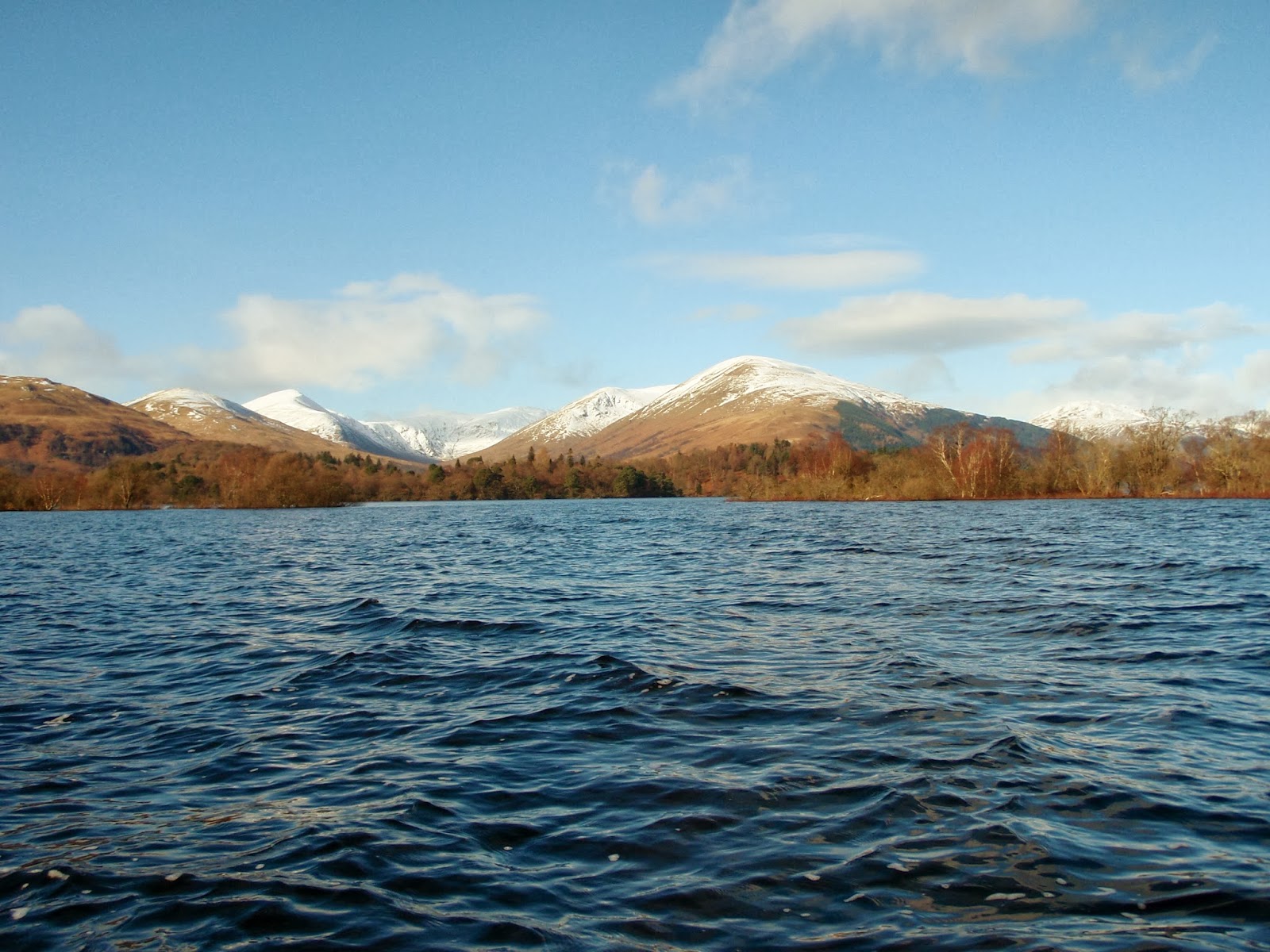 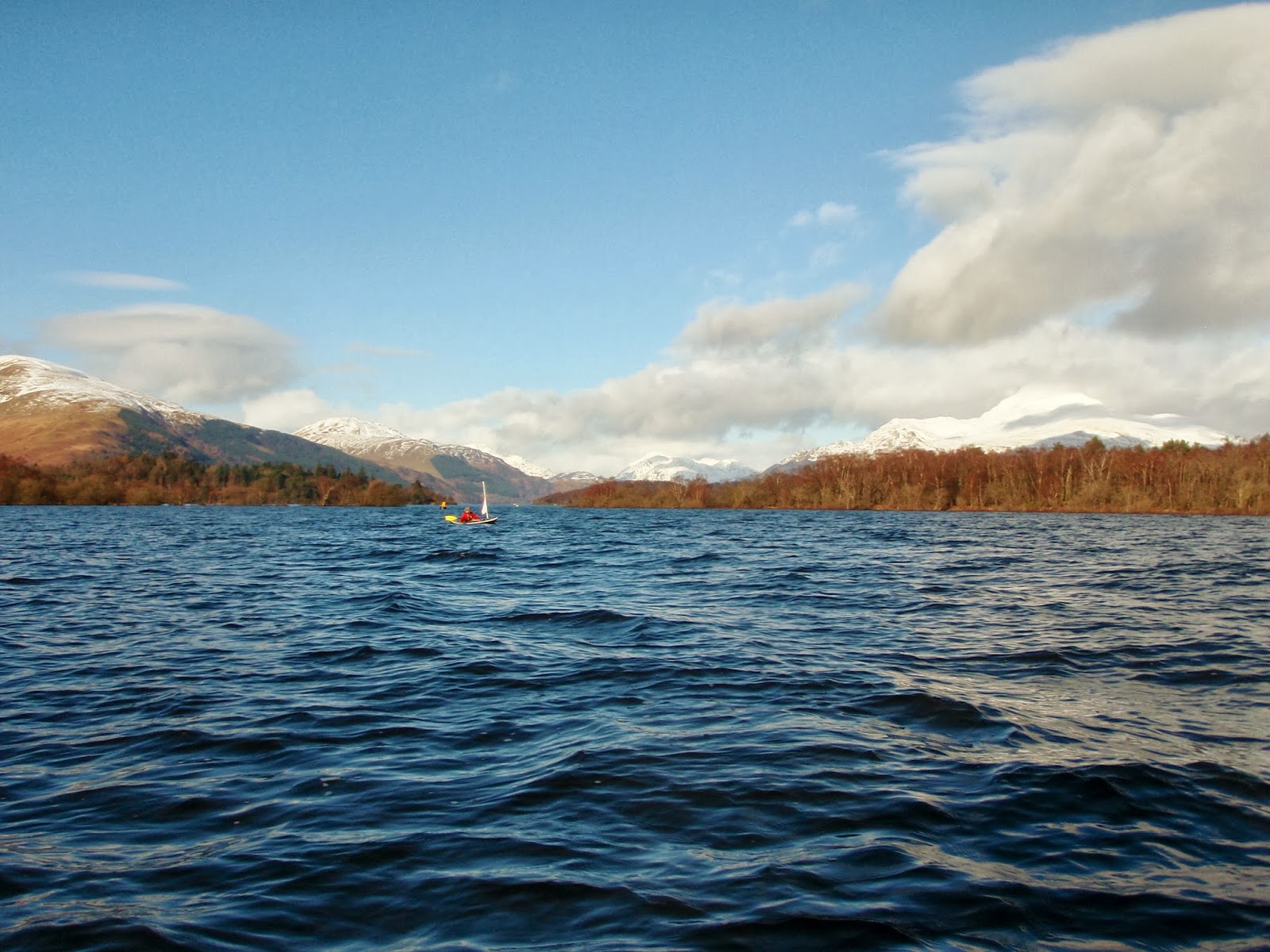 Soon it was time for a lunch break on Inchmoan. 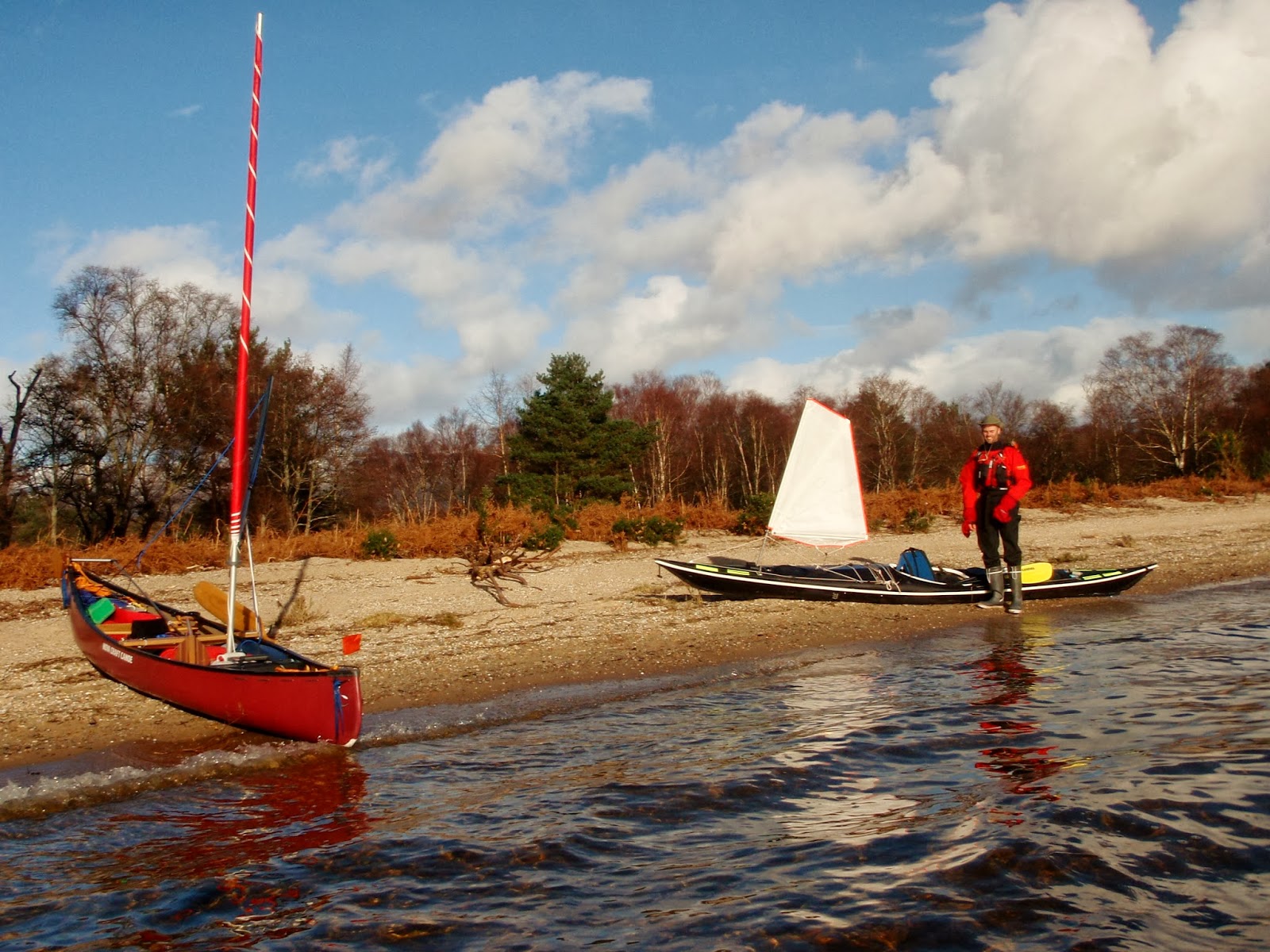 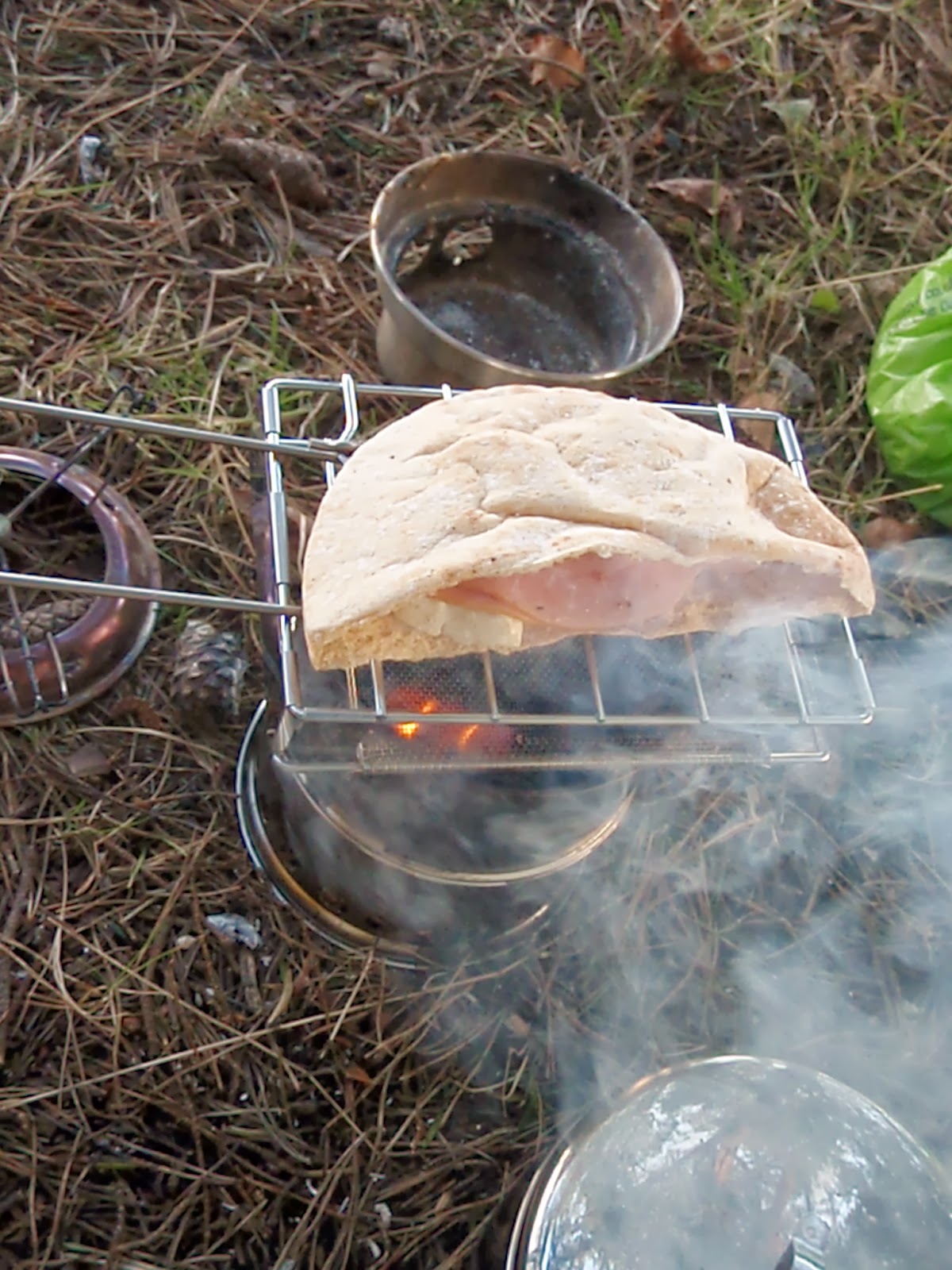 After lunch we paddled and sailed back through the narrows and round to the cars at Aldochlay. 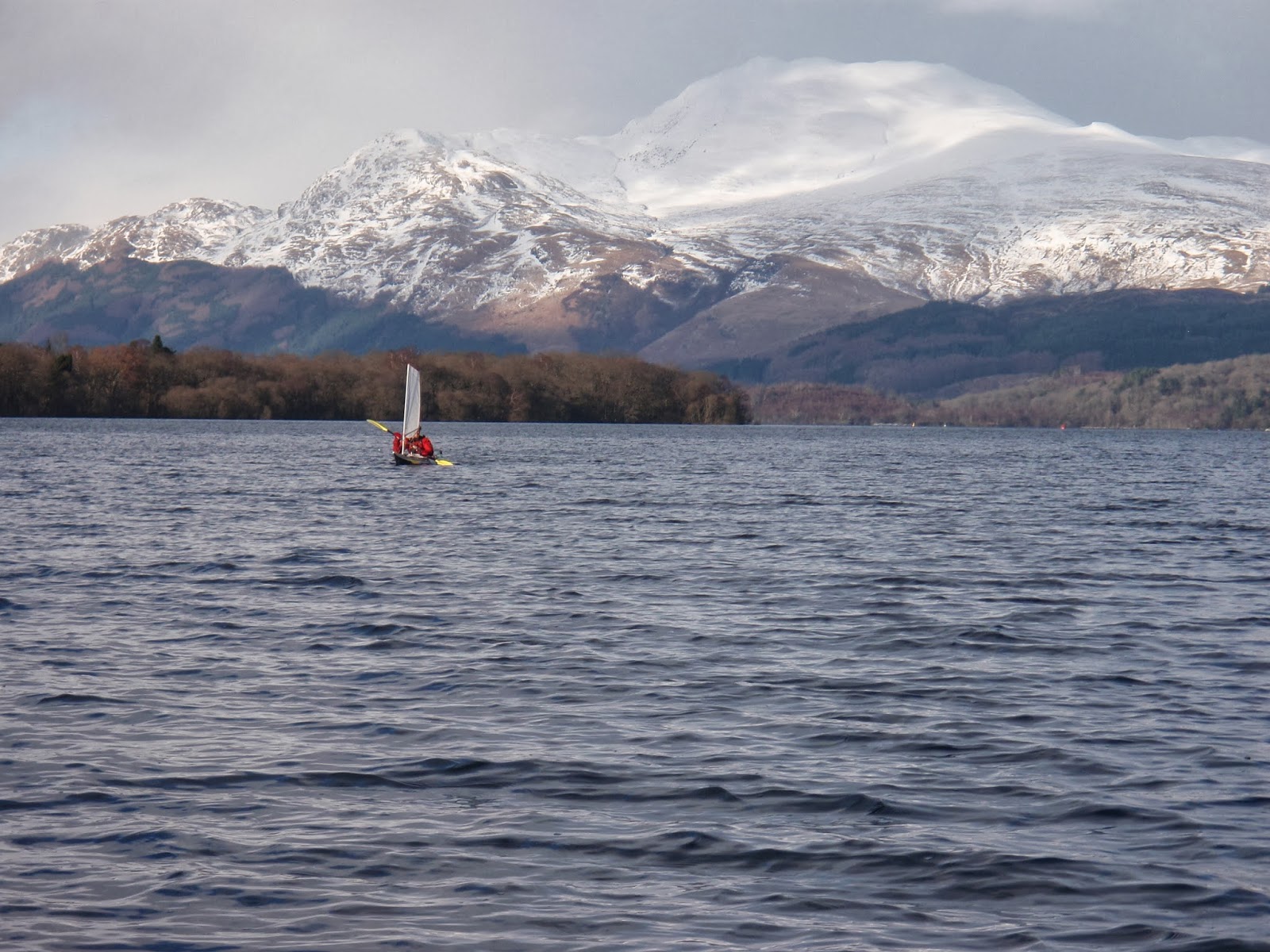 It was great to spend a night out again, I can't really explain why I enjoy doing this so much but I've definitely missed it over the last couple of months.
Posted by Chris at 07:10 1 comment: